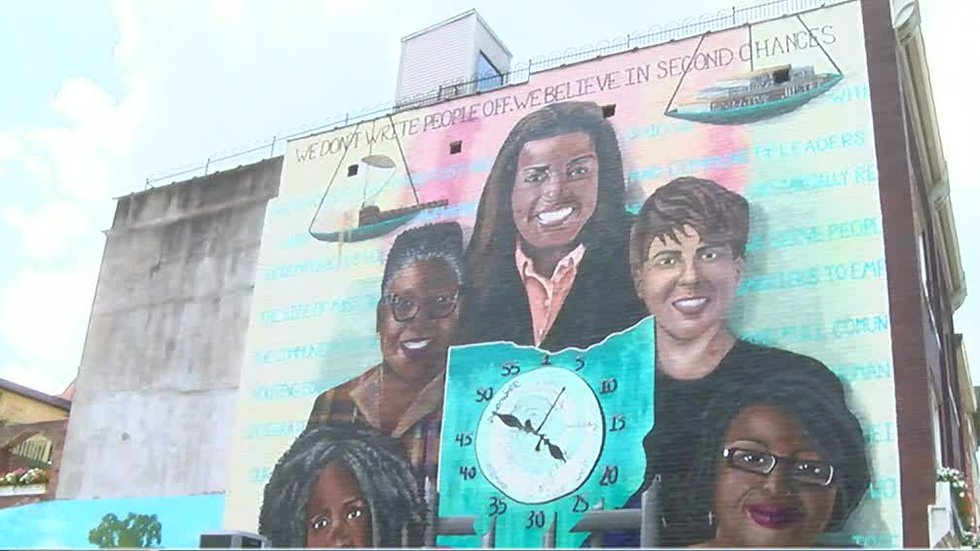 CINCINNATI (WXIX) – After spending more than two decades in prison, a woman is using her second chance at freedom to change the system for others returning from incarceration.

Tyra Patterson is community outreach strategist for the Ohio Justice Policy Center. It’s a job she says is meant for her.

Patterson is fighting to break the cycle of mass incarceration and the stigma that plagues those who have served time in prison through community outreach with the Ohio Justice Policy Center.

Her job is to talk to children and anyone who hears about their legal rights.

“What I do is I go inside schools and share my story in hopes that our younger generation knows their rights, knows how to respond to any incidents that may arise,” Patterson says.

It’s the kind of support she thinks could have saved her.

After experiencing chronic homelessness as a child and dropping out of primary school at the age of 11, life became even more difficult.

In 1994, Patterson says he heard gunshots that led to the murder of Michelle Lai during a robbery in Dayton.

Patterson found the victim’s necklace and called 911 that night for help.

A call for help then turned her into a suspect.

After hours of questioning and not knowing her rights, Patterson says she was deceived by a confession of theft and was convicted of aggravated murder and aggravated robbery at the age of 19.

She was sentenced to 43 years to life.

“When I went to trial and they said guilty, that was the lowest moment,” Patterson recalled.

However, she used this time in prison to reshape her life, studying to become a paralegal while turning to art as an outlet that continues today.

This social justice mural that sits on Main Street in downtown Cincinnati was designed by Patterson.

“I’ve spent more than half my life inside the institution,” Patterson said. “While I was there I had become an advocate for the young women who were there, and I noticed a lot of women were being criminalized for abuse and trauma, so I started the art space because we needed a mental outlet.”

Patterson says her freedom finally came when the victim’s sister, who was there at the time of the murder, pleaded for her release from prison saying she was innocent.

The call for Patterson’s release led to the launch of the “I am Tyra” campaign with jurors and celebrities advocating for his release.

“It was the first time I saw someone fight for my life,” Patterson said. “I know I was hanging on a string after 23 years. I was ready to give up.”

Now she lends her strength to others in similar circumstances.

Fighting for equal pay and housing while guiding women trying to start a new life after incarceration.

Upon his release, the Ohio Justice Policy Center offered him a job.

She says she was turned away when she tried to open a bank account after learning she was a former prisoner.

Within 24 hours, with the help of the OJPC, they managed to change this policy.

A documentary about his life is in the works and is set to debut on Netflix later this year.

This story is part of a weekly segment called Breaking Through.

FOX19 NOW will spotlight those stepping forward to pave the way for a brighter tomorrow.

If you know a woman who is making a difference in the community, whether in business, teaching or volunteering, we want to hear from you.

See a spelling or grammatical error in our story? Please include the title when you Click here to report it.