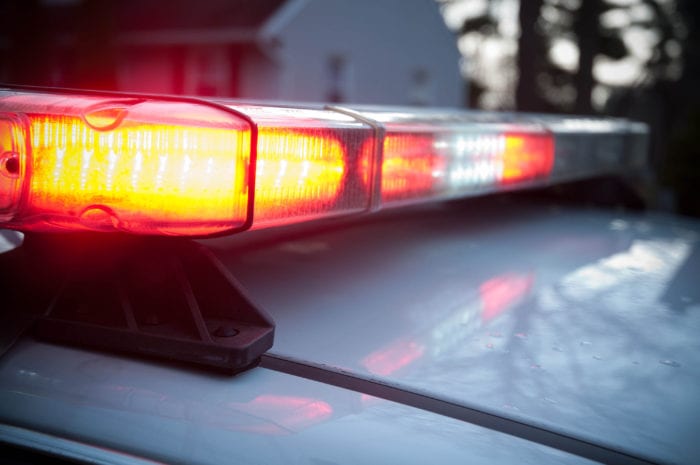 By MICHAEL HALLISEY and JOHN McINTYRE

SELKIRK – An East Greenbush man faces attempted murder charges following an alleged assault at a River Road home that sent one of the two victims to hospital with multiple stab wounds on Friday night , September 16. It is not the first time that he has been accused in an attack.

According to a statement from the Bethlehem Police Department, police responded to a domestic incident at 1049 River Road around 9:25 p.m. When officers arrived at the scene, they located two victims who had been assaulted. One victim was treated at the scene and the second victim was transported to Albany Medical Center with injuries from multiple stab wounds.

The alleged culprit was not on the scene when police arrived, leading to a search involving Bethlehem Police, the Albany County Sheriff and New York State Police in the very area. wooded area less than a mile from Henry Hudson City Park. The agencies were looking for Adam J. Matteson Jr, a 36-year-old man from East Greenbush who is currently on parole and required to wear an electronic monitoring device. During the investigation, police said they learned he had removed his device before the incident.

Matteson allegedly stole a 2013 Hyundai from block 300 of Highway 9W in Glenmont to get away.

The stabbed victim is being treated at Albany Medical Center for his injuries. At this time, there are no further updates on his status.

A long record of violence

Matteson was on parole after being released from state prison for being convicted and sentenced to a maximum sentence of seven years with five years of post-release supervision for a September 2014 incident where he attacked his former girlfriend in Plattsburgh. He was convicted of strangulation, aggravated domestic offense and assault.

He was convicted as a second offender at the time and served concurrent sentences. In 2011 in Hudson, Matteson was arrested for punching a man twice in the face and was arrested for attempted assault.

While serving time in Clinton County Jail as a state inmate, Matteson was arrested and charged with attempted second-degree assault with intent to injure a police officer/peace officer, a crime; criminal possession of a weapon with a prior conviction, a felony; threatening a police or peace officer, a crime; the promotion of smuggling in prison, a crime; and criminal mischief, a misdemeanor, according to a press release from the sheriff’s office.

He was released from prison in September 2021, but didn’t stay out of trouble for long.

Matteson was arrested again on March 14 for assaulting a police officer in Rensselaer after police received a call from a woman locked in a Stewarts bathroom that her boyfriend was going to punch and stab her.

When police approached Matteson at Rensselaer station, he punched the officer, causing injuries that required stitches, and fled. Police caught Matteson, armed with a knife, hiding under a terrace in the city.

In the March case, Matteson was charged with assault, criminal possession of a weapon, threatening, criminal mischief, obstruction and harassment. At the time of this arrest, he was also wanted for other outstanding warrants, according to the media.

Matteson was arraigned in Bethlehem City Court and remanded to the Albany County Correctional Facility. A return date has been set for Tuesday, October 18.