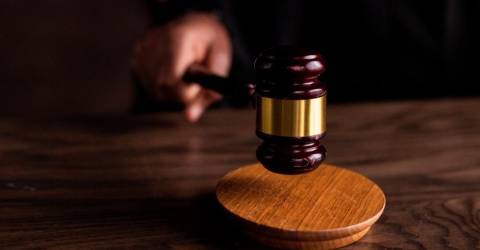 PUTRAJAYA: Three people have lost their appeal for permission to start a judicial review in their attempt to challenge the previous government’s decision to introduce khat calligraphy into Bahasa Melayu subject for students in Chinese and Tamil national-type schools .

Judge Nordin, who delivered the decision in online proceedings, said the High Court was correct in dismissing the trio’s application for leave for judicial review as it was filed out of time, in addition not to show a valid reason to extend the deadline for filing their application.

He said the High Court’s decision was justified and there was no need for the Court of Appeal to interfere with the judge’s discretion.

Justice Nordin said the law provides that an application for leave to commence a judicial review must be filed within 30 days of the first communication of the decision that a plaintiff sought to challenge, adding that the court may extend the deadline for filing the authorization. asks if there was a good reason given by the applicant.

He said the decision to implement the teaching of khat in schools was made on August 14, 2019, and the appellants filed for leave for judicial review on May 20, 2020, a nine-month delay.

Justice Nordin said the High Court found that the appellants’ assertion that the movement control order and conditional movement order were enforced during the COVID-19 pandemic on March 18, 2020 and March 4 May 2020 respectively, could not be considered as a reason for delay. submission of the authorization request.

He said the appeals by Tan, Ravi and Visa were without merit and the court upheld the High Court’s decision of April 20, 2020 dismissing their application for leave to commence judicial review.

No order was made for costs, however, as he said the case was of public interest.

In the court decision, Judge Nordin also said that when the appellants filed their application for permission, there was no decision to implement the teaching of khat, as the evidence showed that, based on Cabinet decision, implementation of khat calligraphy was changed to Jawi based script.

The trio filed the petition in May 2020 against the Minister of Education and the Government of Malaysia, claiming that the previous government’s decision to introduce khat calligraphy to fourth-grade students in Chinese and Tamil national-type schools was contrary to the Federal Constitution.

2022-09-06
Previous Post: Judicial review of government contracts is limited and can only be exercised if there is illegality in the decision-making process putting the public interest at risk: Delhi HC
Next Post: Judicial system ‘jeopardized’ by Justice Department’s data-sharing project