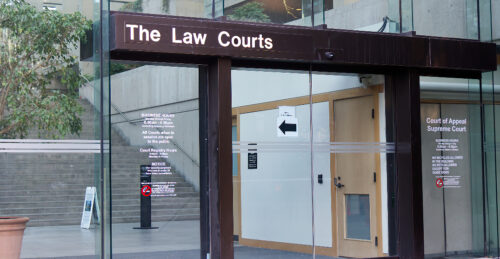 ‘The system isn’t broken’: BC defends the criminal justice system

The BC Prosecution Service (BCPS) is responding to continued public criticism of the province’s criminal justice system, suggesting it is not broken.

Peter Juk QC is the province’s Assistant Deputy Attorney General and also the head of BCPS, and he recently wrote a statement addressing public concerns about the criminal justice system.

Some public concerns include prolific career criminals who tend to reoffend, sometimes violently. We have seen this happen time and time again in the Downtown Eastside and surrounding areas.

Earlier this year, former BC Attorney General David Eby laid out a strategy to address the problem of prolific offenders in the province. At the time, Eby said the plan was to assign a few experts to investigate the issue and provide results after 120 days.

These results were due to be released on September 2, but a delay pushed that to mid-September.

Juk says he understands concerns about crime and public safety and that they are “a normal feature of public discourse”.

He mentions how the province is dealing with drug addiction and the toxic opioid crisis. However, he also says that the criminal justice system alone cannot solve all the problems affecting the province.

Juk also addresses the issue of prolific offenders, first saying the problem has no “clear legal definition under the Criminal Code.”

Some have called this ongoing problem “catch and release” about the bail process, but Juk thinks it undermines how the process works.

“This phrasing tends to undermine a basic principle underlying everything enlightened criminalthe judicial systems: respect for the humanity of all individualsincluding those which are accused of criminality. This too ignores Where Crafts Light of How? ‘Or’ What fundamental, completeX, and do–specific the caution treat is.”

Juk’s letter ends with a general feeling that BC’s criminal justice system “is not broken”.

Juk’s final point seems to return to the ongoing, multifaceted issues affecting British Columbia, including the opioid crisis and many people struggling with mental health issues, and how the criminal justice system does not alone can solve these problems.

Do you agree with Juk or do you think the system is broken? Let us know in the comments.