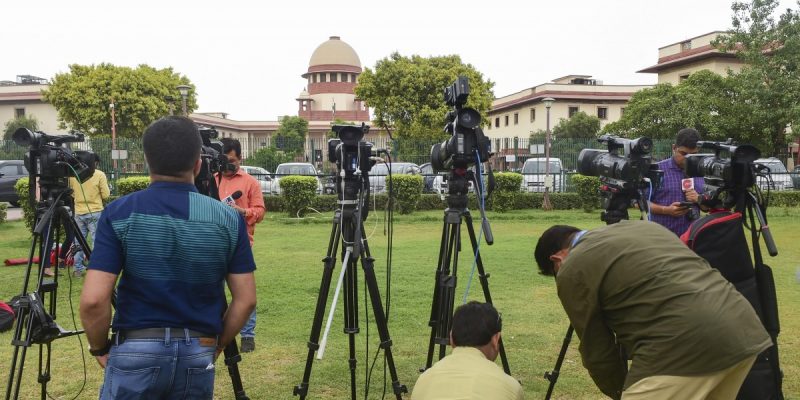 The inefficiencies of the Indian judicial system

Aryan Khan’s case reflects what is wrong with India’s justice system. He was arrested for allegedly being part of a connection with international or domestic drug traffickers. Lots of hype followed since he is the son of a mega movie star. The media, political parties and the general public presented, commented on and followed the case.

As suddenly as the case broke, it was closed with the argument that no narcotics were found. It is common knowledge that drugs circulate at parties like the one that was planned on the ship. But here a particular group of young people was targeted and it was not a general raid. What was the plan?

A Maharashtra government minister has accused the agency of using such cases for extortion. He was later arrested for having relations with the family of a notorious gift. If the allegations against him are true, he would be aware of the drug use and the agency’s modus operandi involved. So his extortion claims are probably correct. The question then is who was the real target and was a deal struck?

The public will never know the truth, but what an inefficient way of doing things. It is not possible that an officer alone initiated the case for extortion and harassment of a prominent person. Couldn’t the extortion have been done quietly without hype and public exposure? The mafia is known to extort their action without publicity. For the power in place, it was also necessary to send a message to its detractors. The case is symptomatic of what the system is capable of.

Opposition leaders are often targeted by agencies ahead of important events, such as elections. Not that the leaders do not commit illegalities and financial irregularities. But when business is initiated and then mostly kept in cold storage, if they obey dispensation in power, including joining the party, then one suspects politics is being played out. The credibility of businesses and agencies is shaken in the eyes of the public. A lot of time and energy is wasted and it costs the nation dearly.

Cost for the Nation

What is the cost to the nation? Quite substantial. Agencies, courts, media, politicians and the public have spent a tremendous amount of time discussing, reporting and debating the Aryan question. If the time spent and the resources used are taken into account, it could reach hundreds of crores of rupees. That would be the direct cost. For now, disregard the distress caused to the family and friends of the incarcerated. If various cases like this are aggregated, the sum would reach thousands of crores.

There are also indirect costs. If cases like these signal to the wealthy that they too may face similar situations, more would leave the country and become NRIs. 23,000 High Net Worth Individuals (HNIs) left the country between 2014 and 2017. Another 5,000 left in 2018. According to a report, there were 270,000 HNIs in India in 2017, so 8.5% of them left India. The rich not only voted with their feet, but also engaged in capital flight. They not only withdraw their capital legally through the Liberalized Remittance Scheme (LRS), but also illegally through tax havens, as seen in the various information hacks from Panama, BVI, Liechtenstein, etc. Thus, India exports capital when the poor in India struggle to obtain capital to continue their production.

When those in power play favorites, the efficiency of capital use is affected. Threats can not only be used to extort, but also to force entrepreneurs to sell themselves to favored businessmen. These beneficiaries also obtain various other concessions from the system, such as loans for acquisition and expansion. That too, without due diligence and even if they don’t have the experience of running such businesses. This is how, in the past, the banking system found itself struggling with huge non-performing assets (NPAs). NPA cleanup measures since 2015 have set back the economy as the availability of credit has shrunk, slowing investment and production.

These different facets of the situation affect not only the investment climate but also the ease of doing business. This has an impact on the growth rate of the economy and job creation. The investment rate fell from a peak of around 36% in 2012-2013 to around 32% before the pandemic. So not only is the economy not able to reach its potential, but it is falling further back. For every 1% drop in the official growth rate of the economy, the loss is currently Rs.2.5 lakh crore per year. For a 4% decline in the growth rate, the loss is Rs.10 lakh crore per annum. This amount would be enough to take care of poverty in the country and unemployment.

There is an impact on international competitiveness. The inefficiencies mentioned above lead to higher costs. Thus, despite very cheap labor, many Indian products are unable to compete in price and quality with products from other countries. The result is a trade and current account deficit. India did not join RCEP at the last moment for fear of Chinese competition.

A judicial system manipulated by the powerful for their own ends can only lead to high costs and inefficiency. First, there is the direct cost of setting up a broken justice system and administering it. And then there’s the cost of manipulation while trying to feign justice. The justice delivery system must operate contrary to its stated purpose, which leads to additional costs.

Until now, the reference has been to how the system works for the elite who are part of it. What the non-elites who are on the fringes of the system face is another matter.

The use of bulldozers without due process, the shooting or killing of people in police custody, the arrest of people without much evidence and the invocation of sedition and the UAPA suggest that the government is implementing a instant justice (“thok do”). This reduces the cost of administering justice and makes justice efficient. Leaders’ supporters are also encouraged to follow the government’s example and mete out instant justice by killing and beating up those suspected of wrongdoing, imagined or not.

The exclusion of the marginalized has its own costs. Societal tensions rise and people’s alienation grows, which leads to diminished trust in the system. This makes it difficult for those in power to enforce their writ and causes the policy to fail, further increasing costs.

If the current broken system is costly and inefficient, wouldn’t it be better to abolish the laws and the judicial system. Those in power could then do whatever they wanted and would not have to justify their actions. Tens of thousands of crores spent on police, justice and regulatory agencies could be saved. It would also lead to “a minimum of government and a maximum of governance”.

A lot of money would be saved by selecting and manipulating the executive to choose spineless people in positions of authority. The cadres of the party in power can be placed in the executive so that they can apply the diktat of those in power without hesitation. There would also be no leaking of information to the media.

Courts would also become efficient where currently millions of cases are blocked. In prisons, most prisoners are on trial, which wastes a lot of resources. Since in the majority of court cases the government is the litigant, an immediate settlement would follow. The trials would be in or out of the prisons, one way or another, thus decongesting the prisons. How efficient.

When diversity, federalism, democracy, human rights and civil rights are seen as obstacles, they must be broken down. But currently, the claim to respect them must be maintained and this makes the systems ineffective. In fact, some people close to the ruling elite have suggested that citizens only want good services and they will get them from us, so what is the use of elections. If this happens, another Rs 50,000 crore would be saved.

In short, the current justice delivery system is inefficient because it must be manipulated by rulers to achieve their goals. This is no joke, but the current constitution and laws should be amended to enshrine “might is right”, which would be unambiguous, clear, simple and effective. It would be 1984 only 40 years later.

Arun Kumar is a retired Professor of Economics, JNU and author of “Understanding the Black Economy and Black Money in India: An Inquiry into Causes, Consequences and Remedies”. Aleph. 2017.