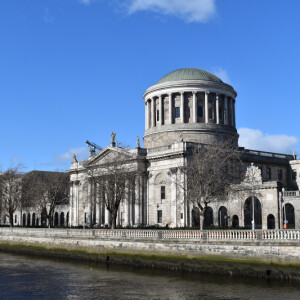 The Supreme Court has dismissed an appeal by Gemma O’Doherty and John Waters in their unsuccessful challenge to Covid-19 lockdown restrictions from spring 2020. The appeal concerned whether the claimants were required to present evidence expert on the proportionality of the measures adopted. by the government and the effect on constitutional rights.

In rendering his judgment in the case, Chief Justice Donal O’Donnell held that expert evidence was generally not essential to challenging the constitutional validity of a legislative provision and that there was no principle that the burden of justifying legislation rests with the state. However, in certain circumstances it may be necessary to produce evidence and this depends on the nature of the challenge to the legislation.

Since the petitioners argued that the confinement measures constituted an international conspiracy, they challenged the State’s assessment of the public health situation. They were therefore required to provide plausible evidence to meet the threshold of arguability, but they failed to do so.

Relevant background to the appeal can be found in this earlier case report in the Court of Appeal’s decision. In summary, the applicants initiated judicial review proceedings in March 2020 seeking to challenge the emergency containment measures put in place by the government in response to the Covid-19 pandemic. The challenge was high-profile and made outlandish claims about the pandemic being an international conspiracy.

The claimants failed in their application for leave to commence judicial review proceedings in the High Court, where Judge Charles Meenan determined there was nothing in the emergency legislation which was unconstitutional . As part of the decision, it was determined that the plaintiffs had not met the threshold of argumentability in G.c. PLR [1994] 1 IR 374.

In particular, the applicants were held to be required to swear to certain facts which, if true, would support the view that the measures were disproportionate and unconstitutional. The High Court’s decision was upheld by the Court of Appeal.

The applicants were subsequently granted leave to appeal on a single ground to the Supreme Court. The question that was asked was whether leave for judicial review should have been granted in circumstances where the claimants had not established evidence through scientific or medical reports regarding the proportionality of the legislative measures.

This ground raised two other points in the case, namely: “do the measures, on their face, have such a clear and significant impact on the constitutional rights of every citizen that if their validity is challenged in the context of a judicial review proceedings, leave to seek judicial review should be granted? If the answer to this question was “yes”, it was asked whether the burden of proof was on the State to demonstrate the necessity and the proportionality of the measures, even if the applicants had provided no evidence of impact on whom whether it be.

In delivering the main judgment, Chief Justice Donal O’Donnell began by considering the place of evidence in constitutional challenges. It was noted that it had not historically been the case that “more evidence bearing on what might be described as the substance of the dispute, or the policy and objectives of the measure in question is required, or less essential. As a general rule, expert evidence on the merits or merits of a provision was not an essential feature of a constitutional challenge to the validity of a law, the Court held (Norris v. The Attorney General [1984] IR 36).

A court’s task in considering a constitutional challenge was to “place the challenged law against the Constitution as it has been interpreted and, through a process of logical analysis, reach a decision.” While this may require proof of the application or history of the law, the proof cannot be said to be “an essential part of the task” of interpretation.

The court then considered the issue of proportionality and the burden of proof. The court did not accept that the burden of proof rested with the state party defending the constitutionality of the legislation, noting that the Oireachtas was not an evidence-gathering body and was not necessary to obtain evidence before adopting provisions of public interest.

There would be a noticeable change in the separation of powers if a court could “find that the judgment of the Oireachtas is not sufficient because of the opinion that a trial judge has on any evidence of expert or other who has been presented in a particular dispute controlled by the parties”. Moreover, a burden-shifting approach was not consistent with the presumption of the legislation’s constitutionality, the court found.

The court turned to the question of whether the plaintiffs met the threshold of G vs. PLR standard of accuracy. It was noted that the High Court determined that the applicants failed to meet this standard due to a lack of evidence. It was held that the High Court and the Court of Appeal erred in considering that policy-related evidence (going beyond standing or impact on constitutional rights) was essential to challenge the validity of the legislation. In reality, the proposal was more complex and the appropriate position depended on the nature of the challenge.

To the extent that the petitioners globally challenged the basis of the laws and regulations that underpinned the confinement, the petitioners were required to provide plausible evidence. This was because: “The allegation was not simply that the legislation constituted a disproportionate interference with constitutional rights, it was that it was unconstitutional because it was the product of a conspiracy.” However, no such evidence has been provided.

Thus, even the limited claim of lack of proportionality failed to meet the argument threshold. The court also rejected the reasoning of Judge Gerard Hogan, who would have granted leave on certain limited grounds based on the petitioner’s statement of reasons. It was determined that Judge Hogan was performing “radical surgery” on the petitioners’ case and would have granted leave on fundamentally different grounds than the case presented.

The court concluded that expert evidence was not essential to challenge the constitutional validity or proportionality of the legislation. There is no principle that the burden of justifying legislation rests with the state when there is evidence of interference with rights.

Furthermore, it was possible to make a claim of proportionality while accepting the purpose of the legislation and the state’s assessment of the circumstances giving rise to the legislation. However, if a challenge involved a dispute over the underlying valuation, then plausible evidence was needed to present an arguable case.

The petitioners have failed to provide sufficient evidence in their constitutional challenge to the legislation.