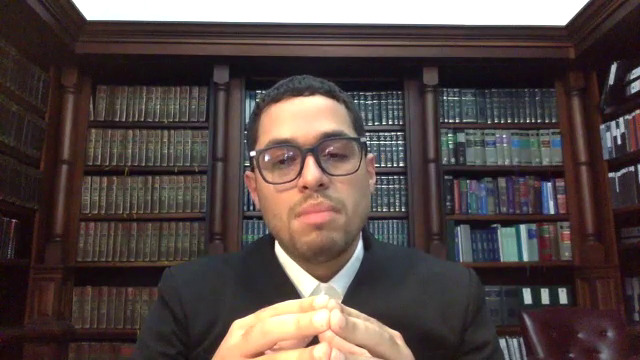 By Aaron Humes: Supreme Court Justice Lisa Shoman has struck out the lawsuit by the owners of Stake Bank Enterprises Limited against the Attorney General, the National Environmental Assessment Committee (NEAC) and the Department of the Environment (DOE) for have been filed outside the required time limit.

Stake Bank was seeking judicial review of NEAC’s decisions to grant approval of an environmental compliance plan for a rival cruise port development owned by Portico Enterprises Limited which, together with Waterloo Enterprises Limited, are interested parties in the ‘case.

As Waterloo/Belize Logistics Terminal/Belize Cruise Development Limited Junior Solicitor Hector Guerra explained (instructed by Senior Solicitor Godfrey Smith): “In its reasoning, the court carefully detailed the fact that rules such as ‘they are currently do not allow, does not grant the court discretion to prorogue [14-day] period and so really, it is a very strict rule but, nevertheless, it is a rule that is in force today and must be respected.

Specifically, Guerra pointed out that William Lindo Jr’s argument (instructed by lead counsel Glenn Godfrey) that the document was entered into the online system one day before the August 2021 deadline did not been accepted, because “a document is deemed to be filed [when] a party receives a stamped copy of the document indicating that it has been filed and that it is dated.

As for the appearances of interested parties, Guerra explained: “The AG has filed a request for a strike. Our customers, Waterloo, as well as our other customers and Portico also filed a strike claim, but as the government is the primary defendant in this case, they were allowed to move their claim and interested parties, including Portico and Waterloo, have received permission. to support the government’s arguments regarding the government’s delisting application.

The court’s decision could eventually be appealed, but Guerra said he’s not convinced a new lawsuit can be filed, which is good for his clients. Striking ends the case, making it unnecessary to move on to the other part of the application to strike parts of a related affidavit in the case.

Bennett and Morales told Channel 5 News that their clients were very happy with the decision, because according to Bennett, “…on April 9, 2021, the environmental clearance and environmental compliance plan was executed by our clients. You had this cloud on these two documents because that was the subject of this substantive application. This now means that this cloud is now gone and our customers can now continue. They were never fettered, there was never an injunction, so the work continued, but that just means the cloud is now cleared and we’re happy with the judgment.

Advertise with Belize’s Most Visited News Site ~ We offer fully customizable and flexible digital marketing packages. Your content is delivered instantly to thousands of users in Belgium and abroad! Contact us at marketing@breakingbelizenews.com or call us at 501-601-0315.

© 2022, BreakingBelizeNews.com. This article is the copyrighted property of Breaking Belize News. Written permission must be obtained before reprinting in online or print media. REPRINTING CONTENT WITHOUT PERMISSION AND/OR PAYMENT IS THEFT AND PUNISHABLE BY LAW.