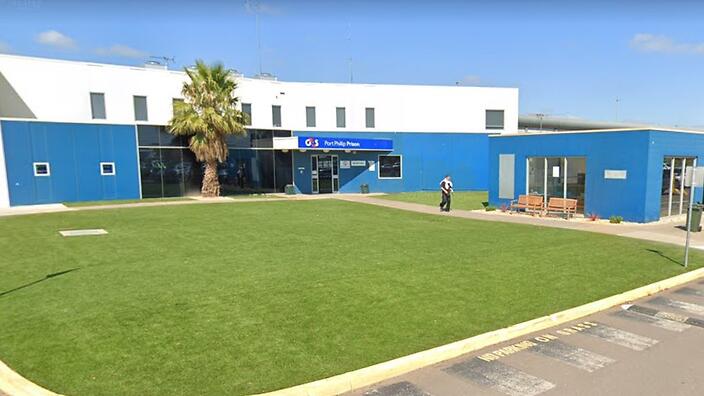 Spotlight on Vic’s justice system after Indigenous death in custody

An Aboriginal man has died in custody at a Melbourne maximum security prison, prompting the state premier to admit more needs to be done to reduce the rate of Aboriginal incarceration.

In a statement, Victoria’s Department of Justice and Community Safety said the man died in Port Phillip Jail on Wednesday.

“As with all deaths in custody, the matter has been referred to the coroner, who will formally determine the cause of death,” a spokeswoman said.

“A prison sentence should not be a death sentence,” she said.

McConnachie said governments at all levels must finally implement the recommendations of the 1991 Royal Commission into Aboriginal Deaths in Custody.

“We have the solutions that were provided 30 years ago, the deaths, the suffering and these issues that root us in oppression, they are senseless and avoidable,” she said.

“These are real lives of people who have just been torn apart, again, by this system,” said Gunnai’s wife, Gunditjmara and Djab Wurrung.

“The grief, pain and loss are overwhelming. The family demands respect and privacy as they process their grief.

State Premier Daniel Andrews has acknowledged that more needs to be done to reduce the disproportionately high rate of Indigenous people imprisoned in Victoria.

“We are the first to recognize that there is more to do here. Our incarceration rates among First Nations Victorians are far too high… there are significant challenges there,” he said.

The Aboriginal incarceration rate in Victoria is 1,747 per 100,000 Aboriginal and Torres Strait Islander adults, according to the latest figures from the Bureau of Statistics.

That’s more than 13 times higher than the general population rate in Victoria, which is just 128 per 100,000 adults.

The Royal Commission on Aboriginal Deaths in Custody, which released its findings more than three decades ago, found that Aboriginal people were no more likely to die in custody than other people. However, he found that they died at higher rates because they were vastly overrepresented in custody.

In response to today’s news, Mr Andrews said Victoria Corrections would conduct their own review into the man’s death.

“They will look carefully at what has happened here and if there are any learnings if there is anything that needs to change then of course they will make those changes,” he said.

“We are putting in place a whole range of different measures to provide better health care, better criminal justice outcomes, better outcomes in the broader context, as well as to meet the unique needs of First Nations Victorians in prison.”

The news comes as Australia’s chief lawyers prepare for their first face-to-face meeting in more than two-and-a-half years where the country’s prisons are expected to be discussed.

Ahead of today’s meeting with his state and territory counterparts, Attorney General Mark Dreyfus urged other jurisdictions to adopt consistent custody notification services.

“We are more than 30 years after the Royal Commission [into Aboriginal Deaths in Custody]of which my colleague Patrick Dodson was the commissioner, and we still see black deaths in custody, ”he told ABC Radio Melbourne.

Mr Dreyfus also confirmed that the attorneys general would discuss the implementation of the Optional Protocol to the Convention against Torture (OPCAT), a treaty ratified by Australia in 2017, during the meeting.

Under the treaty, the federal government was required to establish a detention oversight body, a national preventive mechanism, in January, but it has yet to do so.

“We need to put in place national protection mechanisms in every state and territory because all the prisons, all the juvenile detention centers are run by the states and territories, and it’s a cooperative effort, it’s up to today’s agenda,” said Mr. Dreyfus. .