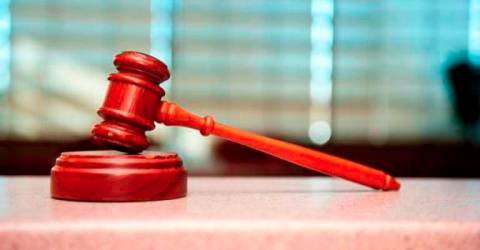 KOTA KINABALU: The Sabah Law Society (SLS) today filed an application for judicial review of an ongoing dispute over the 40% Special Grant to which Sabah is entitled under the Federal Constitution.

The request, filed by the law firm MM. J Marimuttu and Partners, named the federal government as defendant.

He applied that the 40% duty remained due and payable by the federal government to the state government for each consecutive fiscal year from the period from 1974 to 2021, in which the non-payment of the duty constituted a violation of the fundamental right to property. of the Government of Sabah and ultimately the people of Sabah in accordance with Article 13 of the Federal Constitution.

SLS also sought an order of mandamus directed at the defendant to conduct further review with the state government under the provisions of Section 112D of the Federal Constitution, to give effect to the payment of the duty of 40% for each consecutive fiscal year from 1974 to 2021. within 30 days, and to make a decision within 90 days from the date of the order, and that the defendant pay the duty to the state government or as constitutional damages for violation of Section 13 of the Federal Constitution, or both.

SLS’s grounds for the orders and relief sought were that part of the decision contained or implied in the April 20 Federal Gazette of the Special Grant Review which failed to provide for each consecutive year from 1974 to 2021 was ultra vires the Federal Constitution, contrary to natural justice, procedurally flawed, irrational and unreasonable, and beyond reasonable proportionality.

The new special grant for Sabah has been multiplied by 4.7 from RM26.7 million to RM125.6 million for 2022, according to a joint statement by Prime Minister Datuk Seri Ismail Sabri Yaakob and Chief Minister of Sabah Datuk Seri Hajiji Noor on April 14, which was published in the Federal Official Gazette on April 20.

The statement also said that the federal governments and Sabah will continue negotiations on Sabah’s 40% revenue claim. — Bernama

2022-06-09
Previous Post: The Hamelech judicial review decision: what does it mean for Queensland building authorities?
Next Post: Addressing the Overrepresentation of Indigenous Peoples in the Criminal Justice System in Montreal