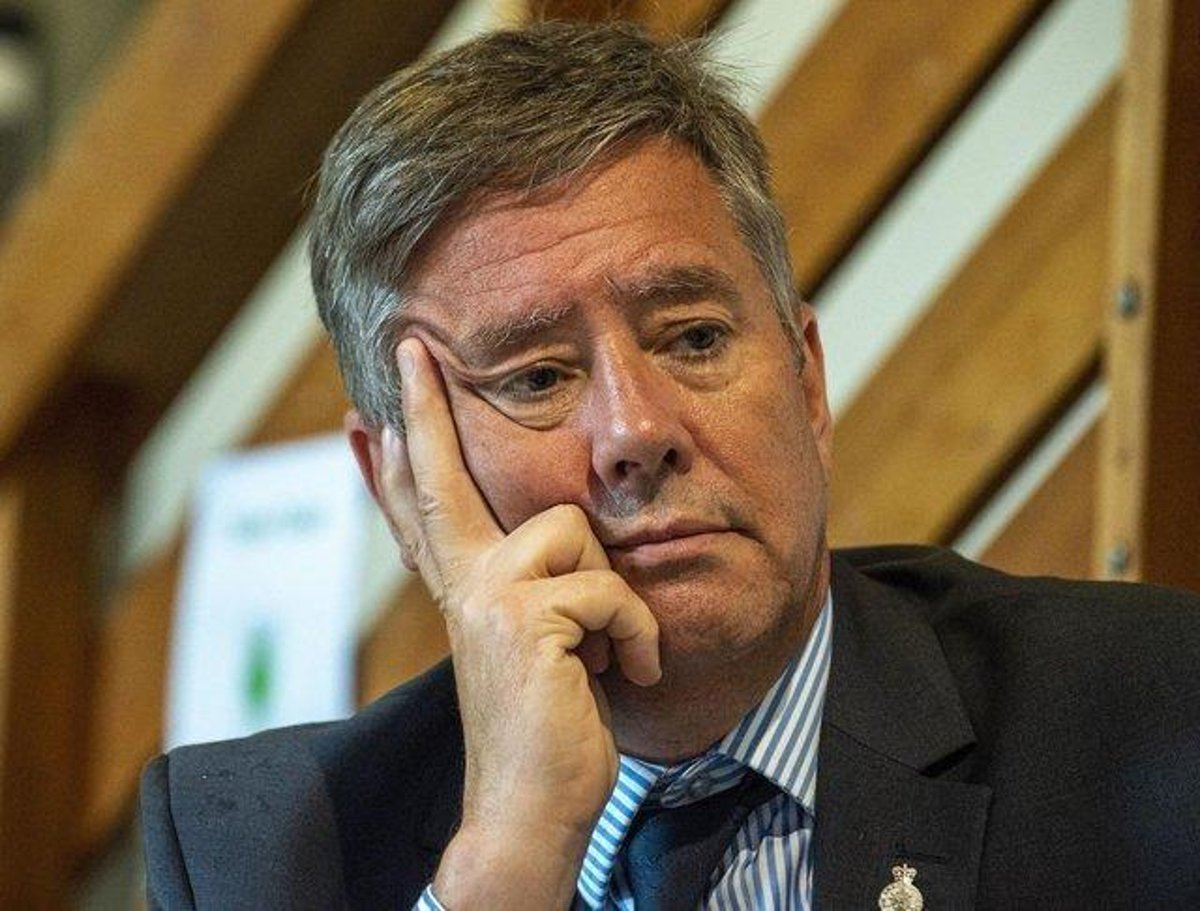 Today, MSPs from the Criminal Justice Committee will meet for the final round of pre-budget reviews. The process so far has been exhausting and, with few exceptions, the warnings of a coming storm have been deeply troubling.

Just last week Police Scotland Deputy Chief Officer David Page said the funding proposals for the next four years would have major implications for the force’s services. Not only could this result in the loss of thousands of officers and staff, but he said it could result in the withdrawal of non-emergency 101 service, with potential delays in responding to 999 calls.

Such a prospect is as surprising as it is worrying and provides an alarming insight into the budgetary challenges facing ministers. In truth, however, this is just the tip of the iceberg.

Across the justice system, the budget allocation outlined by Finance Secretary Kate Forbes in her resource spending review framework could be nothing short of devastating.

In short, the Scottish Government aims to provide £11.6 billion over the next four years – a lump sum cash settlement across the board. In reality, soaring inflation means this will equate to a significant reduction in spending in real terms of around £102m, with capital spending also falling in real terms.

At a time when the justice system is still trying to catch up with the disruption caused by the pandemic, the scale of the cuts is vast and the repercussions could be felt for years, if not decades, to come.

Take the Scottish Courts and Tribunals Service (SCTS), which is awaiting a 6% cut in real terms to its funding. This reduced budget, according to Eric McQueen, its chief executive, will result in an annual funding shortfall of more than £31m by 2026/27.

This is a large sum of money, and the consequences of its loss will be perceived in various ways. In addition to a reduction in the number of court days, they include the risk of complainants and witnesses disengaging from the legal process before cases are called. The budget cuts also jeopardize laudable ambitions to achieve a more victim-centred approach and better handle cases of domestic violence.

Even on a day-to-day basis, the prospect of further delays in the system jeopardizes the prospect of justice being served, with the ability of witnesses to remember and provide quality evidence diminishing due to further backlogs.

It also increases the likelihood of offenses and recidivism due to the near historic number of defendants in pre-trial detention, simply because it will take longer for their cases to come to court. Taken in isolation, each of these results is clearly undesirable. Cumulatively, however, they are intolerable.

As Mr McQueen pointed out to MSPs in a letter ahead of his appearance today, ensuring the court system has enough resources to challenge laws and resolve disputes is more than a public service , it is an essential aspect of the mechanism of a civil society democracy, “which must be maintained if we want to maintain confidence in the rule of law”.

John Logue, Crown Agent for the Crown Office and Procurator Fiscal Service, also issued a worrying assessment of what will be left after the cuts, stressing that there is no viable option to cease or reduce his work without ” increasing the risks to communities and the loss of public confidence in the Scottish justice system.

To a very limited extent, there are new ways to mitigate some of this potential damage. The use of virtual summary trials, for example, can speed up the number of cases heard, and recent pilot projects have shown the merits of streamlining the management of summary cases. But ingenuity and technology can only go so far, and the grim predictions made by MM. McQueen and Logue are not to be taken lightly. Is the social cost of a price worth paying? It’s a tough political dilemma, but it’s Justice Secretary Keith Brown and the rest of the government to count.

That’s to say nothing of the myriad other impacts of lump-sum cash settlement, especially when it comes to deepening inequalities in the justice system. For example, the proposed reduction in legal aid will make it significantly more difficult for vulnerable people to access legal advice and support, and the representation shortages seen in recent months may well worsen.

Organizations involved in community justice, who rightly argue that they are already underfunded and undervalued as things stand, will also see their resources diminished. This means that important work aimed at breaking cycles of harm and delinquency by addressing mental health and addictions issues will be reduced.

In short, if the funding proposals are ratified, the justice system of 2027 will be a very different beast from the one that exists today. Even without budget pressures, he would still face systemic issues around issues such as legal aid and reducing recidivism. However, if budget constraints are factored into the equation, it is difficult to predict anything other than a crisis on the horizon.

There are no cheap or easy solutions to any of this, and calls for widespread reform of the justice system will only escalate accordingly. Something must give, surely?