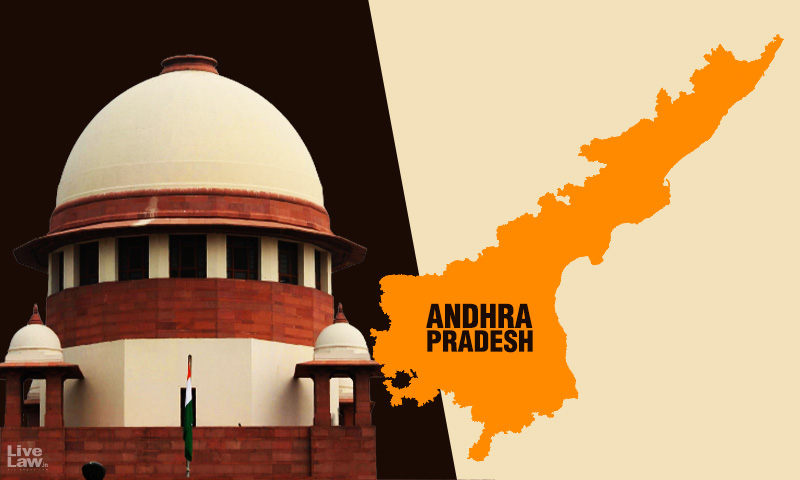 The power of the executive to review the conduct of the previous government cannot be compared to the power of the courts to “review” a decision, the Supreme Court said on Wednesday.

“We are not on the merits but on the reasoning of the High Court. The review power of the courts cannot be compared to the investigative power of the government,” observed a bench of judges MR Shah and MM Sundresh.

In its 2020 order, the High Court said the executive’s decision amounted to ‘review’ while adding that no power of review can be exercised in the absence of a specific statute.

Against this, Senior Solicitor Abhishek Singhvi, representing the petitioners, argued that the High Court was completely wrong in establishing an equivalence between the Court’s judicial review power and the investigative power of the executive. The executive derives its powers from Articles 154 and 162 of the Constitution.

“That analogy is completely misplaced,” he said.

While explaining to the Court the 2020 order in question, he argued that all judgments relied on by the High Court were completely unenforceable.

He also objected to the High Court’s reasoning that successive governments cannot reconsider the plans or policies of a former government for mere political reasons.

The High Court also said it had the power to review policy decisions to check the absolute discretion of the executive.

Lead Counsel also relied on the Supreme Court’s decision in Jagannath Rao that the existence of a political rivalry in itself is not sufficient to conclude that the appointment of a commission of investigation is illegal.

“The result of this is that a government cannot initiate a fact-finding executive order simply because it is a successor government,” he argued.

At this point, the bench asked,

“The SIT was set up for the establishment of the facts or the investigation?

“For an investigation to decide whether criminal proceedings should be initiated or not, replied the lawyer.

“In the terms of reference, the SIT has the power not only to investigate but also to conclude an investigation,” Judge Sundresh pointed out.

“Concluding doesn’t mean giving a verdict against you. That’s not it. Nothing happened. They filed a report. If there’s a stay on this, then where’s the power of the State to investigate? any investigation, threshold investigation… Your Lordships are requested to strangle any investigation, to stop any investigation before it begins? That is what is camouflaged in these doctrines,” he said. it was clarified in response.

He further wondered how a general suspension of the investigation could be effected in this way.

“It’s very premature. What you’re saying is, don’t inquire, nothing. The remit is extremely narrow. How can it be maintained in a general way like this?”

Senior adviser Siddharth Dave, vehemently opposing these arguments, argued that the motive was to add “dirt” to the previous government.

“This is a case of revenge by the regime after the change of government. The motive of the SIT is not just to establish facts. It is to have a way to connect them to criminal cases”

“The investigation was about waste and misuse of money, right? Suppose a transaction occurs with malicious intent, which also needs to be investigated. We don’t we’re not on individual FIRs…” Judge Shah said.

Dave said that other than not registering the FIRs, the notification that constituted the SIT did not specify the allegations he would be investigating.

“If there’s a recognizable violation, they can file an FIR. Nothing stops them from doing that. It’s a traveling, sleazy investigation. They’re putting up an SIT. There’s nothing in the notification to show what offenses will be investigated.

The High Court had stayed two Government Orders through its 2020 Order. In the first GO, the State Government (YSRCP) had appointed a Cabinet Sub-Committee to consider various policy decisions, programmes, etc., undertaken by the former government (TDP) during its tenure, due to numerous allegations of corruption. Especially when it comes to projects such as the capital region, Polavaram.

The sub-committee provided a report containing preliminary findings on corruption and fraudulent dealings perpetrated by individuals involved in the former government in relation to land deals affecting the capital region.

Therefore, after the second GO was issued, an SIT was formed to investigate the allegations.

According to the plea, the High Court cannot review the challenged GOs as they are neither unreasonable nor arbitrary and constitute a mere political decision regarding the exercise of executive power.

Further, there is nothing to prevent the Complainant and Investigator from being the same person and there is no assumption of bias in these circumstances, the plea adds.

The hearing in this case will continue today.