Quebec justice in crisis, according to jurists

The Quebec justice system, under the weight of years of chronic underfunding, is hit by a labor shortage so serious that not a day goes by without a trial, a preliminary inquiry or a sentence being delayed or adjourned, an untenable situation that could lead to “significant harm” to the public and undermine confidence in judicial institutions, senior judicial officials warn.

The situation is exacerbated by strained working relationships with a host of different legal actors and the Quebec government, with legal aid lawyers having recently launched half-day strikes; private sector lawyers on legal aid assignments are now refusing to take on sexual and domestic violence cases; and clerks initiate walkouts that can turn into strikes.

“The situation is very worrying to say the least,” noted Catherine Claveau, head of the Barreau du Québec. “The system has reached its limits. At present, there are very real risks of breakdowns or disruptions in services that could cause significant harm to citizens and generate great insecurity vis-à-vis the judicial institutions.

Quebec Superior Court Chief Justice Jacques Fournier is equally concerned about the turn of events, saying parts of the justice system are cracking, a situation that is unlikely to improve with a hand- aging workforce that is gradually retiring – unless more money is poured into the justice system.

“It’s very, very worrying, very worrying, because it’s not going to get better,” said Chief Justice Fournier, who, along with the chief justices of the Court of Quebec and the Court of Appeal of Quebec, wrote a letter to the Government of Quebec last year. begging him to increase the salaries of their legal assistants. “Being satisfied with justice rendered in 12, 15 or 18 months is not ideal. In my opinion, justice should be done almost in real time. It will take large investments to modernize, but by modernizing in terms of access and in terms of speed of execution.

The situation is disastrous, due to an alarming shortage of bailiffs, court clerks, court stenographers, court assistants, special constables and translators, which affects the entire Quebec justice system, both in large urban centers than in rural areas. Clerks, who earn between $35,000 and $45,000 on average, are leaving in droves, attracted by the higher salaries offered by Quebec municipalities and the private sector, where they can earn between $15,000 and $20,000 more. , noted Christian Daigle, president of the Syndicat de la fonction publique et parapublique du Québec (SFPQ), the union that represents court clerks. The union received a mandate from the clerks, whose collective agreement expired two years ago, to strike for up to 10 days, three of which have already been used after negotiations with the Quebec government stalled. 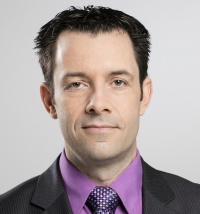 “The working conditions are not up to par,” Daigle said. “We are losing people who have been in the position for years and we are unable to recruit new ones. We warned the government years ago, and the working conditions not improving, and lately with the labor shortage, it has only accelerated the process.

Unless the provincial government improves its compensation program, the situation is likely to get worse. A recent union survey found that up to 42% of clerks are considering or actively seeking a new job. Currently, about 40 court clerks quit last year, and at least 10 so far who work in Greater Montreal courthouses have left for greener pastures, according to unofficial figures from the SFPQ. . To fill the void, many court clerks who specialize in civil or family law cases have been forced to work in criminal proceedings after taking a “Crash Criminal 101 Course” due to the history Jordan decision, Daigle said. “They therefore prefer to sacrifice time at the civil level to ensure that the criminal level can be maintained or be maintained within a reasonable time,” added Daigle.

There is also a crying need for more court assistants, according to legal observers. Currently, 20% of judges in Quebec do not have judicial assistants, and many judicial assistants end up having to split their time and work for two judges rather than one as is supposed to be the case, noted Chief Justice Fournier. “There are new judges who have been appointed for whom it has taken almost a year or more to get an assistant,” said Chief Justice Fournier, who also laments the lack of court reporters, especially English-speaking ones. “At all levels, the system is not equipped to meet contemporary demand.”

The repercussions are felt throughout the justice system. It now takes an average of 593 days in Quebec to obtain a small claims hearing, and in some places this figure reaches more than 1,000, compared to 223 days in 2018. At the Montreal Courthouse, five courtrooms have been recently closed due to a shortage of court clerks, which has led to delays in sexual assault and murder cases. “There are long delays in criminal law,” observes Claveau. “In the small claims of certain districts, they are hallucinating (and) in family and juvenile cases too, which has led many people to lose confidence, to become discouraged vis-à-vis justice and to give up doing claim their rights.”

By all appearances, the situation is likely to get worse as legal aid lawyers raise the stakes. Permanent full-time legal aid lawyers who work for the Legal Services Board (CSJ), the provincial body that oversees the legal aid system, will go on strike for two days next week after the impasse negotiations with the Quebec government. They are asking for compensation equal to that of Crown prosecutors, which has been the case for three decades. “We are aware of their requests and we are discussing with the Treasury Board,” said Richard La Charité, the secretary of the CSJ, who argues that the organization’s hands are tied. “When we negotiate, we basically receive our mandate from the minister (of justice), but also from the Treasury Board Secretariat.” 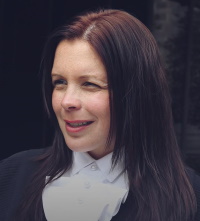 Meanwhile, private criminal lawyers taking on legal aid assignments are increasing the pressure and have begun to shun legal aid cases involving sexual and domestic violence. If these pressure tactics prove ineffective, then private sector lawyers intend to increase the pressure by going on strike and refusing to accept any new legal aid mandate, said Marie-Pier Boulet, Montreal criminal lawyer at BMD Lawyers and newly appointed President. of the Quebec Association of Defense Lawyers. The organization is collaborating with other associations of defense lawyers to compel the government of Quebec to publish a report, delivered at the end of April, by a group of independent experts who examined and made recommendations for an in-depth reform of the legal aid system and fees paid to private lawyers. industry lawyers who work on legal aid cases. “We are not only asking the Minister of Justice to share the report with us, but also that he commit to following the recommendations made by the report,” Boulet said. “We can’t go on like this any longer. The justice system is not doing well. We have our own fight but when we see that everyone has concerns as serious as ours, it’s not just a question of delays. The system no longer works. »

The independent group, created following an agreement reached between the Barreau du Québec and the Quebec government in October 2020, published a report last year that recommended sweeping reforms to the administration of the legal aid system. in Quebec to simplify the legal aid application process and reduce the administrative burden faced by private sector lawyers who take on legal aid mandates. More importantly, defense lawyers are counting on the report to ratify significant increases in legal aid fees, said Elizabeth Ménard, a Montreal criminal lawyer and head of the Association des avocats et avocats de la défense de Montréal (AADM). . “It’s been at least 20 years since legal aid fees have gone up, and what we want is a complete overhaul of the legal aid fee schedule or billing system,” said said Menard.