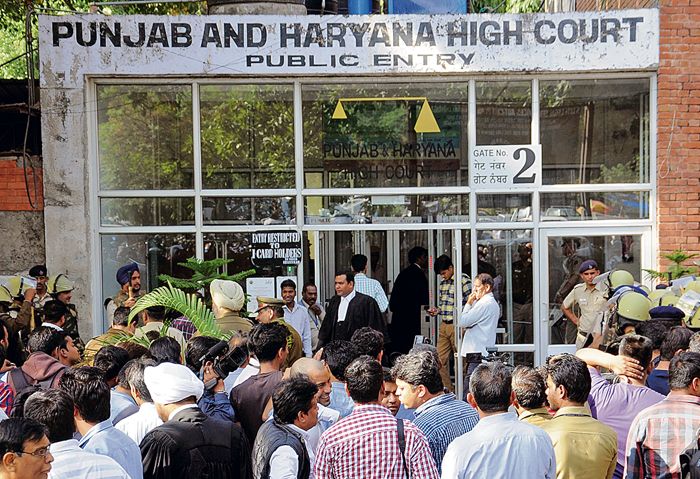 Preventing the Slide of the Criminal Justice System: The Tribune India

A few years ago, the Supreme Court of England, in an important constitutional case, ruled that the suspension of Parliament by Prime Minister Johnson was illegal. This unanimous decision by 11 judges from England’s highest court was handed down after just three days of hearings. Contrast this with a situation in our country where the constitution of the judiciary itself could have taken longer. That aside, it is the expectation of around four crore cases at various stages of trial before our courts that is more worrying as it has a direct bearing on the rule of law. It is also a true manifestation of the realities on the ground, in addition to reflecting the state of the criminal justice system.

Even after 75 years of independence, it is an area of ​​governance that remains untouched by significant reforms, and today the process itself seems to have become the punishment. Plagued by endless delays, uncertainties and increasing expense to obtain justice, people are losing faith in the system.

The rule of law is the foundation upon which a modern state rests. It is the responsibility of law enforcement agencies and the criminal justice system to ensure this. The words criminal justice system as a single entity do not exist in any of the three lists mentioned in the Seventh Schedule to the Constitution, but taken together the system incorporates police, police procedures, criminal procedure as well as procedures judicial.

Waiting for criminal cases has serious collateral damage as a number of cases that could have ended in conviction end in acquittal due to the time factor leading to witness apathy. Thus, reforming the system to make it more responsive, efficient and less costly would require addressing the issue comprehensively in order to restore public confidence.

The core of the criminal justice system revolves around the Indian Penal Code 1861, Evidence Act 1872, Criminal Procedure Code 1898 and Police Act 1861. As can be seen, all these laws date from the 19th century. Except for a few minor changes here and there, they have on the whole retained their original character.

The problem was studied by the Law Commission in its 239th report, but instead of focusing on the speed of trials and the reduction of backlogs, the report confined itself to dealing with the negligence of the police service. Existing police procedures were aimed at the public when literacy levels were very low. These procedures continue to remain so, despite significant modernization of forensic infrastructure and technology. For example, it is time that statements made to the police during the investigation are read and signed, with a copy given to the author. Article 162 of the CrPC which prohibits this must be amended accordingly. At trial, this could be used to corroborate or contradict. It is also a paradox that a confession recorded by a district SP or even a DGP remains inadmissible while the law recognizes confessions recorded even by undeclared ranks of other investigative bodies. Section 25 of the Evidence Act should be amended accordingly.

Given the recent Supreme Court rulings on arrest and bail, instead of the current inculpable and inculpable, a reclassification of offenses should be made into three categories: non-arrest cases, arrest-only cases with warrant and cases of arrest without guarantee. Similarly, given the ambiguities, bail guidelines for courts must be very clear. Both of these changes are fundamental in nature and will help blaze a new trail in law enforcement as well as prison reform.

Repeated adjournments of courts for trivial reasons are a major factor in delaying trials. These should be limited, with the court exercising greater control over the process. Indeed, the arrangement of day-to-day trial hearings is more or less ignored by the courts, as if it did not exist. Moreover, although the true character of the argument is fully covered, defenders continue to talk for long periods of time. Courts may set time limits in consultation with lawyers so that arguments are concise. Written submissions may also be accepted. For the completion of investigations by the police in some heinous cases, a time limit of 90 days is set by law, failing which the accused is entitled to legal bail. But the trial, even in such cases, goes on for years. The expected time frame for the completion of trials in such cases should be specified.

The insufficient number of judges and courts must be compensated in proportion to the volume of work. Cases where the sentence is three years or less must be tried summarily. Therefore, the maximum sentence for summary trials can be increased to three years. For the senior judiciary, an increase in working time and a reduction in vacation days must be seriously considered.

It is understood that more than 40% of all cases pending before the courts have either the state or the central government as a party. Their numbers are increasing as officers seem reluctant to make decisions. A meaningful review of all of these cases would show at least some reduction in expectation.

The recent SC judgment in the PMLA case of Vijay Madanlal Choudhary has opened new perspectives. If these principles could apply to cases under the PMLA, they should also apply to certain specific offenses under the ICC. The burden of proof under section 24 of the PMLA rests with the accused, i.e. he must prove his innocence rather than the prosecution proving his guilt. A particularly inconsistent situation might be where an accused committed murder for money. Murder carries the death penalty or life imprisonment as the maximum penalty with full constitutional safeguards for the accused. But the maximum sentence prescribed under the PMLA is only 10 years, yet the same defendant would have no constitutional protections available to him for possession of the proceeds of the commission of that same murder.

Judge Malimath had suggested in 2003 to the MHA that in criminal trials, instead of the current adversarial system, one should opt for an inquisitorial system, as in Europe. This would have improved the conviction rate and at the same time accelerated the delivery of justice. The suggestion was not accepted at that time.

Now, in light of the SC statement in the Vijay Madanlal case, it may be time to take a fresh look at the criminal justice system and extend the analogy to some of the most heinous crimes. of the ICC. Strong measures must be taken; the rapidly eroding credibility of the system must be restored to restore the faith of the common man who seeks quick and affordable justice.