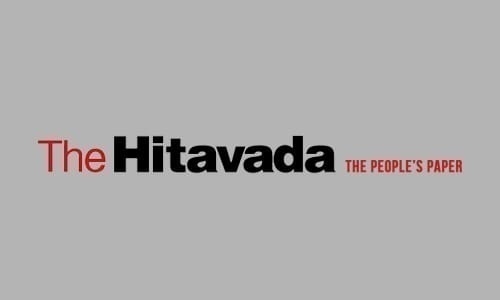 Power of Judicial Review – The Hitavada

BY Judgment of Case – IC-56663X Col Anil Kumar Gupta v. Union of India & Others, rendered on 7 November 2022, then Chief Justice of India Uday Umesh Lalit (since retired) and Justice Bela M Trivedi in the Supreme Court said the ” well-established legal position” that the power of judicial review in disciplinary proceedings is extremely limited. It is circumscribed by the limits of the correction of errors of law or procedure leading to a manifest injustice or a violation of the principles of natural justice.

The SC further stated that the power of judicial review is an assessment of the judicial process and not of the merits of the decision itself. Therefore, the SC clarified that the disciplinary proceedings against the appellant under the indictment of November 19, 2018 will continue in accordance with the law.

The appeal in this case was brought by the appellant under section 30(1) of the Armed Forces Tribunal Act 2007 and was directed against the impugned judgment and the order of 30 September 2019 passed by the Main Bench of Armed Services Tribunal No. 2, New Delhi, whereby the Tribunal dismissed the OA filed by the Appellant. Through the OA, the Appellant had challenged the indictment dated November 19, 2018, containing three counts relating to the Appellant having behaved in a manner that was inappropriate to his position and character expected of him under section 45 of the Army Act 1950 and contested the order. of November 22, 2018, adopted by the convening authority conducting the Appellant’s trial by General Court Martial (GCM).

On December 7, 1996, the Appellant was commissioned as an Indian Army Officer in the 14th Battalion of the Rajputana Rifles (Infantry). On August 13, 2015, Colonel Rameesh Pal Singh, a close friend and colleague of the Appellant, wrote a letter to Brick. Ajay Wig, complaining to him against the appellant of “an act of stealing the affection of a brother officer”. He informed in the said letter, that he intended to initiate divorce proceedings for infidelity. The Complainant had also requested a proper investigation into the incident and the disciplinary proceedings against the Appellant. He had also prayed to initiate the process of transferring the appellant out of Delhi.

In response to this letter, a court of inquiry was conducted by the Delhi headquarters on the complaint. The investigation was finalized on November 11, 2016 with instructions from the Delhi Region GOC to initiate disciplinary proceedings against the Appellant. After hearing the charge under Army Rule 22, on July 24, 2017, instructions were given to record the summary of evidence. At the conclusion of the said summary, a prima facie case was established against the appellant and therefore the indictment was published on November 19, 2018 and, therefore, the convening authority had ordered the trial by the General Court Martial via Order of November 22, 2018. The said Authority had submitted to the Court that since the Department had initiated the Departmental Proceeding against the Petitioner for the charges of a serious nature, the Tribunal had not properly interfered in that procedure.

The Supreme Court pointed out that on the mere reading of Section 122 of the Army Act, relating to the statute of limitations for trial, it is clear that no trial by court-martial of a person subject to the Army Act, for an offence, could not begin after the expiry of a period of three years, and this period would begin on the date of the offense or, if the commission of the offense was not known of the person injured by the infringement or of the person competent to act, on the first day on which this infringement comes to the knowledge of that person or authority, whichever comes first. Therefore, for the purposes of Article 122, two dates will be relevant: the date on which the alleged infringement comes to the knowledge of the injured person and the date on which the competent authority to bring the action becomes aware of the alleged offence.

In accordance with Article 3(ii), “offence” means any act or omission punishable under that law and includes a civil offense as defined in Article 3(ii), i.e. an offense can be tried in criminal court. Chapter VI of the Army Act deals with offences. Section 45, which comes under the said chapter, states that an army officer, junior officer (JCO) or warrant officer, who behaves in a manner befitting his position and the character expected of him, shall be liable of the penalty prescribed therein.

However, the SC was “quick” to add that, in accordance with the well-established legal position in its decision of the case – Regional Director, UCO Bank and another v. Krishna Kumar Bhardwaj- (2022) 5 SCC 695, the power of judicial review in the matter of disciplinary proceedings is extremely limited. It is circumscribed by the limits of the correction of errors of law or procedure leading to a manifest injustice or a violation of the principles of natural justice. Concluding its decision, the SC said that the power of judicial review is an assessment of the decision-making process and not of the merits of the decision and, therefore, of the disciplinary proceedings brought against the appellant in accordance with the act of indictment of August 19, 2018. , will continue according to law.

2022-11-14
Previous Post: Judicial activism to prevent the collapse of the judicial system – Opinion – The Guardian Nigeria News – Nigeria and World News
Next Post: Defense attorneys in Walmart case accuse DA and his aides of thwarting the justice system