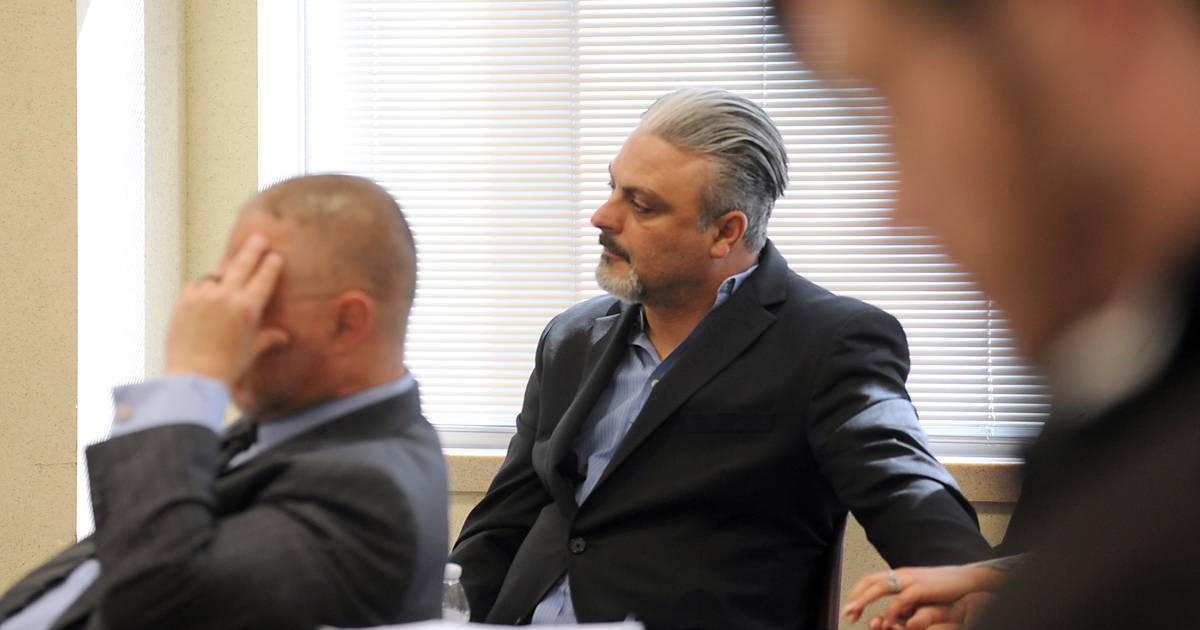 Opponents of McHenry County Sheriff’s hopeful Tony Colatorti’s candidacy on Tuesday asked a McHenry County judge to overturn the County Board of Elections’ decision last week to keep him on the ballot .

Colatorti called the filing on Tuesday an effort to “continue to disenfranchise voters and waste taxpayers’ money.”

The judicial review application argues that the Elections Commission erred in finding that Colatorti met the state’s requirements to run for sheriff because his certification is for a part-time officer, not a full-time one. , and demands that Colatorti not be allowed to appear on the ballot for the June primary.

The legal challenge is a continuation of the objection filed by McHenry County residents William Brogan and Joel Brumlik last month.

In the filing Tuesday, attorney Keri-Lyn Kraftthefer cited the requirements to run for sheriff, which calls for training to be taken in “continuous, full-time concentrated study.”

“Because the courses taken by the candidate did not meet the legal requirements, … the decision of the electoral board was wrong,” she said in the filing.

Colatorti testified last week that he trained part-time, but said the various certificates he held counted as full-time training. He has also served as chief of police in two different departments in McHenry County and has two decades of experience.

Testimony from John Keigher, chief legal counsel for the Illinois Law Enforcement Training and Standards Board, also swayed the board in favor of keeping Colatorti on the ballot. He said training and testing for part-time and full-time officers is the same in Illinois. The main difference is the time they have to complete these courses, he said.

The filing argues that election board members Sam Weyers, Steve Cuda and Lisle Stalter “erroneously” made their decision based on testimony at the hearing rather than state statutory language.

“The electoral commission was confused about its role,” Krafthefer said in the filing.

Colatorti said Tuesday he expects a judge to rule in his favor and keep him on the ballot.

“My opponent knows he will lose if he has to stand in a free and fair election against me,” he said. “I will always stand up for electoral integrity and your constitutional rights.”

McHenry County Deputy Sheriff Robb Tadelman, who is Colatorti’s opponent in the primary, said Monday he had heard of the efforts to seek judicial review and would support their efforts.

“I will continue to focus on my campaign,” he said.

Tuesday’s filing follows four meetings that took place in March and April, three of which focused on the composition of the board of directors. At the final meeting last Thursday, the three-member board panel voted unanimously that Colatorti qualified.

However, that would only fix the problem temporarily, Tirio said. Early voting is set to begin May 19.

“At some point we’re going to have to print the ballot,” Tirio said. “I hope it will be resolved by then. But if I had to bet on that, I don’t know.

Currently, the county has more than a dozen total races scheduled to appear on ballots this year, in state, court and county races, that have unresolved objections, Tirio said. The Sheriff’s Contest is the only county-level race on this list.

With multiple races across the state still with outstanding objections, the state should issue some level of guidance if timelines continue to pass, Tirio said.