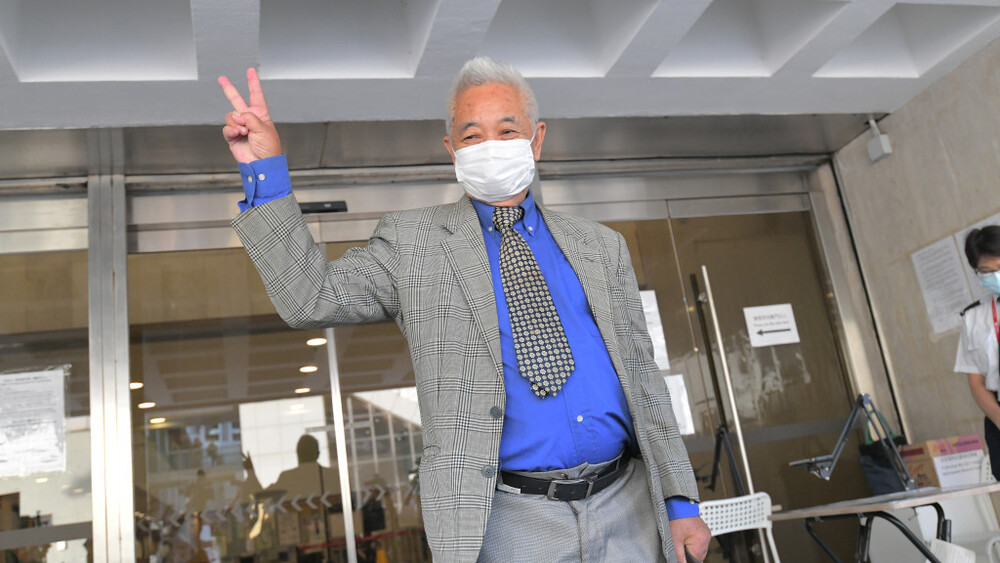 More than 20,000 vaccine exemption certificates issued by the seven arrested doctors will remain valid, a High Court judge ruled on Friday, reversing the health minister’s decision to invalidate those certificates as Kwok Cheuk-kin, nicknamed the “king of judicial review”, triumphed in this legal bid.

Speaking to the media outside the courthouse, Kwok said he was delighted to hear he had won the exam against the government and could finally get a good night’s sleep. He added that his victory showed how justice was served.

At a press conference this afternoon, Health Secretary Lo Chung-mau said he would review the judgment with the Justice Ministry and then announce his next decision on the matter.

In the written judgment made public on Friday, Judge Russell Colemen said: “A government minister derives his legal powers from legislation – not from an announcement made in a press release.

“While the Secretary has the discretion to void the validity of Medical Exemption Certificates, I am inclined to agree…that the decision and instructions reflect an assessment of risk acceptable to the Secretary weighing and balancing different competing considerations and choosing the best course of action as a matter of public health.

“And that the Secretary did not thereby unlawfully fetter discretion,” Coleman added.

Coleman also ordered Lo to pay all court costs for the judicial review.

A total of seven doctors have been arrested across the city for allegedly issuing and “selling” fraudulent exemption certificates without actually assessing patients’ conditions.

The government then announced in a press release that Lo had decided to exercise its powers and invalidate more than 20,000 of these doctors’ exemption certificates, but provided no legal basis. Kwok, a resident of Cheung Chau, then filed for judicial review in the High Court to challenge the government.

Kwok earned his “title” by occasionally challenging the government on a wide range of social issues. In November 2020, he filed a judicial review challenging the police “Raptors” unit for not displaying their ID numbers. A month later, he filed another appeal against the anti-mask law.

The most recent was filed in December last year as it questioned the authorities’ decision to ban the media from monitoring polling stations during Legislative Council elections.