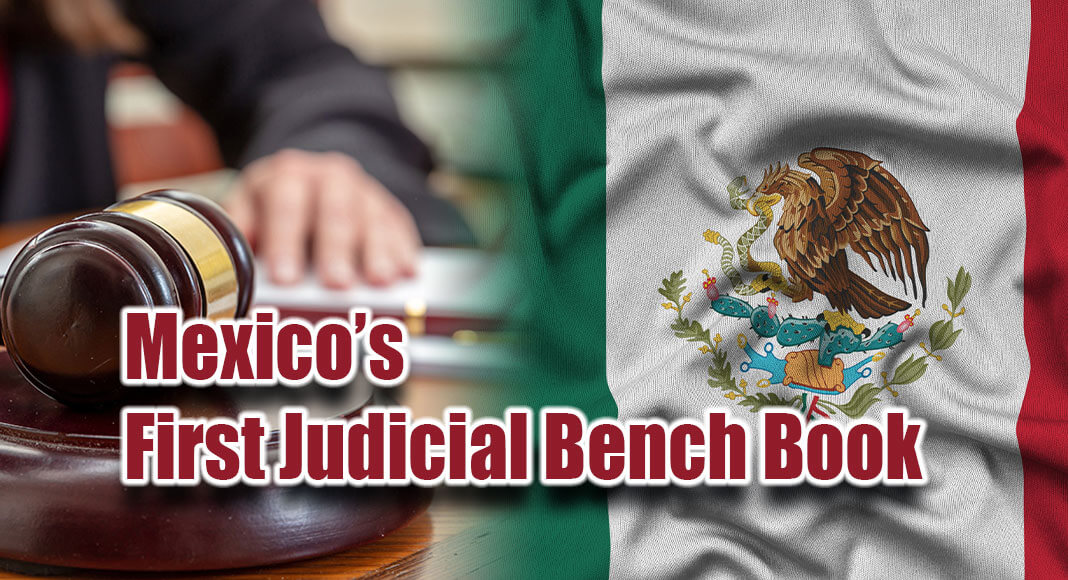 MEXICO CITY – The Mexican Federal Judiciary, the Judiciary of the State of Mexico, the Judiciary of the State of Puebla and the Office of Prosecutorial Development, Assistance and Training of the United States Department of Justice (OPDAT ) launched their Bench Book for Criminal Hearings and Trials, which is designed to increase economy, reduce caseload, and standardize court practices across Mexico. With funding from the Department of State’s Bureau of International Narcotics and Law Enforcement Affairs (INL), this resource will serve as an effective and practical tool for justice sector actors, including criminal judges, prosecutors and defense attorneys across the country.

This judicial manual is the first designed specifically for Mexico’s adversarial criminal justice system, which was fully implemented in 2016. It will build national capacity in the system and encourage the sustainable standardization of best practices. With standardized procedures for criminal hearings through the Bench Book, criminal justice actors will efficiently establish all the required elements in their respective hearings, resulting in stronger convictions, fewer successful appeals and less impunity. criminal.

Over the past three years, OPDAT, 25 Mexican judges and three Colombian judges with Bench Book experience have worked tirelessly to compose the standards for a Mexican Bench Book. Then, several institutions, including the Federal Attorney General’s Office and the Public Defender’s Office, participated in the review of the Bench Book, helping to ensure that the final product is a truly collaborative effort among several Mexican institutions.

Officials from state and federal court systems, state attorney general’s offices, and other institutions that helped create and review the guide attended the launch.

US Ambassador Ken Salazar, who delivered his opening remarks, said, “As a former State Attorney General, I know how important court books can be. And what a great collaboration between the US government and all kinds of Mexican officials. This is the Seguridad Compartida we continually talk about, in action.

Mexico’s Supreme Court of Justice, Alfredo Gutierrez Ortiz Mena, also participated in the inauguration and said, “These guidelines not only define the nature and timing of the roles, but also support said roles in jurisprudence, allowing for develop strategies”.

After the release of the court books, the OPDAT and the Federal Judiciary will implement a monitoring and evaluation plan to show how effective the book is in reducing the average length of court hearings and minimizing delays and appeals unnecessary.

2022-06-03
Previous Post: The fate of Lozada “an indictment of the PH justice system” – Lacson
Next Post: What’s wrong with our juvenile justice system?