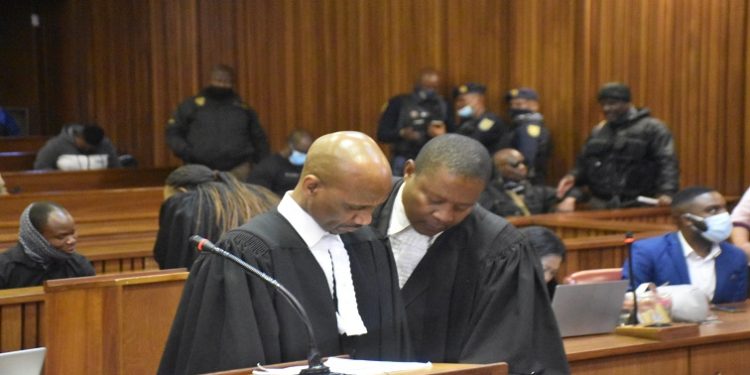 Lawyer Malesela Teffo, has blasted the country’s criminal justice system, calling it a circus, after stepping down as the legal representative of the four defendants in the Senzo Meyiwa murder trail.

Five men are on trial in the Pretoria High Court for the murder of former Bafana Bafana and Orlando Pirates goalkeeper, who was shot and killed in 2014 at the home of his singer girlfriend, Kelly Khumalo.

Teffo said he would continue to monitor Meyiwa’s brother, Sifiso.

The case was adjourned to August 2, to allow defendants one to four to obtain further representation.

Teffo cited harassment as the reason for his withdrawal, but added that the matter did not concern him.

“It’s heartbreaking, it’s not about me, it’s about peace for Senzo, peace for these guys.

“The justice system in this country has become a circus. You cannot bring an innocent person to justice. It’s winter, the poor fellas were supposed to be home, now they’re dying for sins they don’t even know about, never even did.

So I can’t be part of that, I mean, I don’t know what to call it, I can’t justify the injustice. What is happening in this court in Maumela is an injustice, the worst I have ever encountered.

Lawyer Malesela Teffo talks about her withdrawal from the trial: