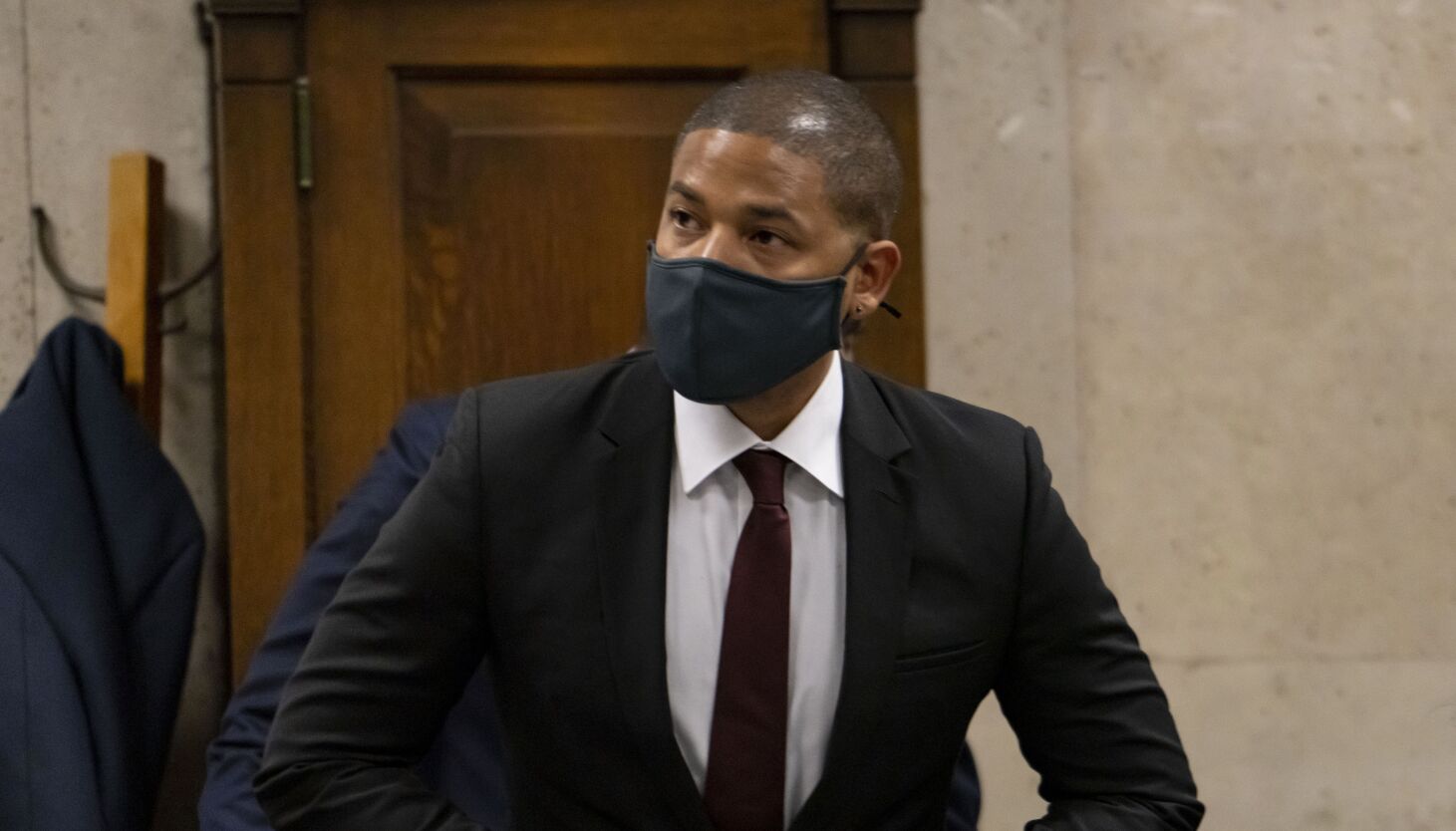 Kim Foxx: In the Jussie Smollett case, our justice system failed. Here’s how and why.

At best, our justice system should make people safer, hold accountable those who seek to harm others, and earn the trust of its citizens. At worst, the system can be easily manipulated to serve thinly veiled political agendas.

Jussie Smollett’s damaging, costly and dishonest criminal prosecution ended on Thursday. As Cook County State’s Attorney, it pains me deeply to say that in this particular case, our justice system has failed. The people of Chicago deserve to know how and why this can and likely will happen across the country.

In January 2019, Mr. Smollett reported being the victim of a hate crime. From the first reports of the alleged attack, this case was handled like no other. When the preliminary investigation suggested that significant parts of her story appeared to be false, many specific details soon found their way into the public sphere. Almost immediately there were leaks to the press, prompting the Chicago Police Department to launch an internal investigation. So Supt. Eddie Johnson flew to New York for a live interview on hello america to discuss Mr. Smollett’s evidence and presumed guilt before formal charges are filed.

Given the reputational price paid by Smollett, the $10,000 bond we were holding, and the fact that he had never been charged with a violent crime, my office made the decision not to pursue a conviction. criminal. This story should have ended there, as thousands and thousands of unprosecuted cases do every day.

Instead, taxpayers have since spent millions of dollars criminally prosecuting a hoax. Last year alone, there were over 800 murders in Chicago. My administration has overturned over 177 wrongful convictions, including 87 in the past 3 years. Rather than working collaboratively to stem growing crime or free those wrongfully convicted, a small group of people have hijacked the justice system to embrace what is best described as mob justice.

No “abuse of power” test

Unfortunately, these tactics are becoming commonplace. Black women elected prosecutors across the country have faced the same mob mentality. In Boston, then-district attorney Rachael Rollins chose not to prosecute 36 people arrested for peacefully protesting a discriminatory charade called the Straight Pride Parade. In an attempt to circumvent Rollins’ prosecutorial discretion, a crusading Municipal Court judge pursued the charges anyway and was stopped only by the Massachusetts Supreme Court. In St. Louis, opponents of Circuit Attorney Kim Gardener are pushing to revoke his attorney’s license in retaliation for his decision to prosecute former Missouri Governor Eric Greitens, accused of taking nude photos of a woman he had tied up. (Charges against Mr. Greitens were ultimately dropped.)

In Smollett’s case, the mob was relentless, organized and efficient. A judge has appointed a special prosecutor with an unlimited budget to reopen the investigation into a nonviolent Hollywood actor, in complete disregard of the discretion prosecutors must have to be effective and independent. As a former prosecutor, Dan Webb knows that prosecutors have this power and, more importantly, that there is no “abuse of discretion” standard. In fact, the Supreme Court recognized the “broad discretion” of prosecutors, and that courts should defer to the initial decision of the prosecution. Webb knows this and could refer to his friend Bill Barr’s own remarks.

Just because we don’t like the outcome doesn’t mean we have to intimidate prosecutors and circumvent the court process to get it changed. Smollett was charged, tried and convicted by kangaroo prosecution within months. Meanwhile, the families of more than 50 black women murdered in Chicago over the past 20 years await justice.

Along the way, the same special prosecutor conducted a targeted, pre-determined “investigation” into my involvement in the case. Knowing that I had done nothing wrong but that opposing the process would be portrayed as guilt, I cooperated. Predictably, the investigation found no foul play and still unironically accused me of “abuse of power.” It’s a playbook: attacking and marginalizing anyone who fights to create a fairer system that recognizes the rule of law.

What is most frustrating is that my cooperation in a process that I knew was illegitimate sets a precedent that can be used as a weapon against progressive prosecutors determined to break the cycle of inevitable outcomes. Moreover, I fear it will deter the next generation of eager prosecutors from fighting for critical reforms.

Anyone interested in a fair justice system should also be concerned.