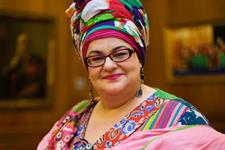 The founder and former chief executive of Kids Company has said she is considering seeking a judicial review of the findings of the Charity Commission’s statutory investigation into the collapsed charity.

The children’s charity closed abruptly in 2015 due to a lack of funding.

The report of the Charity Commission’s seven-year statutory inquiry into the closure, which was published today, found the charity was operating on a ‘high risk’ model and repeated non-payment workers and HM Revenue & Customs on time constituted mismanagement.

But the report agreed with a High Court judgment last year, when the Official Receiver unsuccessfully tried to bar directors from acting as company directors, saying “there is no was no dishonesty, bad faith or improper personal gain in the operation of the charity”. .

The Official Receiver’s High Court case against Batmanghelidjh and seven of the charity’s former directors was dismissed in February 2021 as the judge found they were not ‘unfit’ as company directors .

He also concluded that the charity might have survived if what turned out to be unfounded allegations of abuse involving service users had not been made.

The commission’s report acknowledged this, but said the charity might have been able to survive the allegations or end in a more orderly fashion if it had built up more reserves.

“Inaccurate information was published by him and he did not investigate what he should have.”

She accused the commission of ‘protecting the very people who caused the damage throughout 2014/15 which led to the closure of Kids Company’.

She went on to say: ‘So I had no choice but to consider my legal position and seek judicial review from the Charity Commission.

“I have confidence in the judicial system of this country. I hope the truth about what happened to Kids Company can be obtained through a rigorous process, such as that awarded to the directors and me in the High Court in 2021.

“Anyone who believes the Charity Commission report on Kids Company and its press release succumbs to its manipulation. The time has come to take stock.

“The Charity Commission cannot be trusted because it is politically compliant and not independent.”