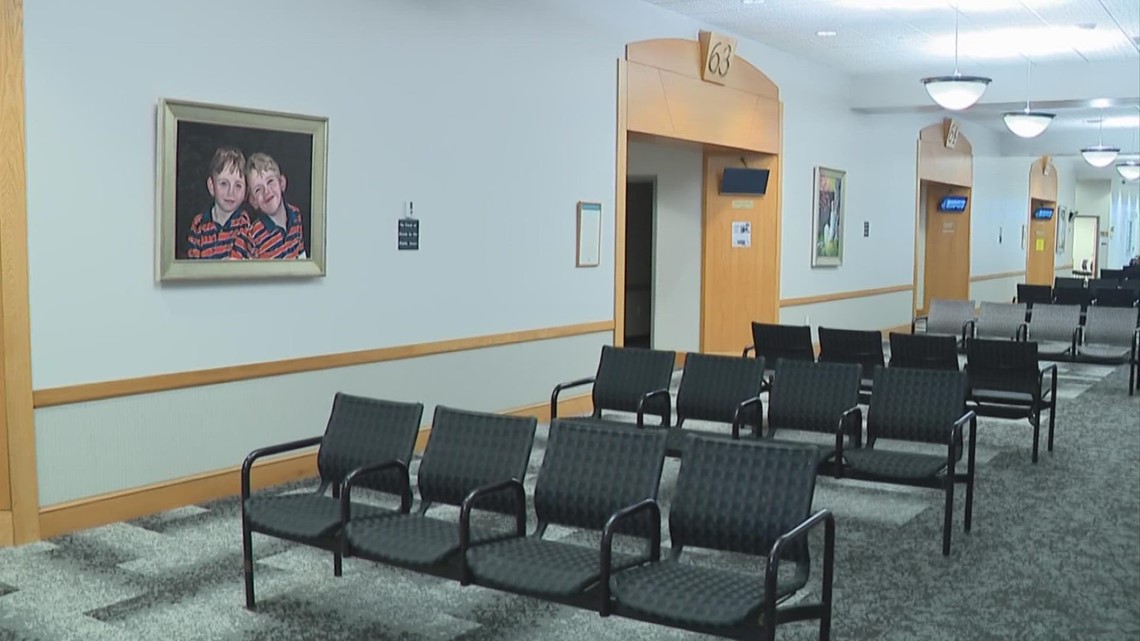 Those behind the acts are often teenagers, some as young as 14 who find themselves in and out of the juvenile justice system.

COLUMBUS, Ohio – Stolen cars and gun crimes. Violence has increased across the country and here in the Columbus metro area in recent months.

Those behind the acts are often teenagers, some as young as 14 who find themselves in and out of the juvenile justice system.

Due to their age and legal rights, we often don’t hear from them. Until now.

To understand the driving force behind the growing problem, what can be done to fix it and make our neighborhoods safer, we sit down one-on-one with teens who have been in the system.

“It was a moment where I didn’t feel like I had a goal,” said Patric Chandler.

Patric and Gabriel Mathieu found themselves behind bars before their 18th birthday.

“When I was 14. I really started going downhill,” Gabriel explained.

“Was there a fear that you might end up dead one day?” asked 10TV’s Andrew Kinsey.

A night out with a group of guys two years ago ended in a 2 a.m. traffic stop and discovery by officers who pushed Mathieu into the juvenile justice system.

A gun stolen from the car that Gabriel claims to have nothing to do with.

“But you can’t just tell a policeman that someone left a gun in the car. They’re not going to believe it,” Gabriel explained.

A judge convicted him of concealing a weapon and facing charges of theft of property. He was sentenced to one year probation.

“I had a lot of positive things going for me,” Patric said.

Much like Gabriel, Patric’s life seemed good at first. He had a supportive family. Lighting a flame that would eventually be snuffed out by grief over the deaths of loved ones, anger, and negative peer pressure.

Patric went from a stand-out to a retirement. Loyalty to his best friend has become his top priority.

“I feel like if I had kept trying to be a positive person for him, he would still be here and we would live better lives and make better decisions,” Patric Chandler explained.

A bad decision in November 2020 would shake Chandler to his heart.

” I was unable to sleep. I told the police to kill me because I didn’t want to live without him anymore,” Chandler said.

Patric watched his best friend die from a gunshot wound. The bullet, he says, was fired while his friend was playing with the gun.

However, weeks later, police charged Chandler with reckless homicide and firearm specification. Charges to which he pleaded not guilty.

Gabriel said many teenagers stealing cars, committing murder and other violent offenses might be looking for a thrill or validation — not caring about the consequences.

“There are regulations and there are rules. As judges, we have to comply. And children also have their rights. They have rights, just like adults,” Judge Monica Hawkins of the Domestic Division and Juvenile Branch of the Franklin County Court of Common Pleas explained.

Hawkins said criminal issues with our teens are fueled by the COVID-19 pandemic. She also explained that they were cut off from social ties and services that help stabilize them.

Currently, Hawkins said the median age of people appearing in his courtroom is 14. Many of those who reoffend are back a few months later.

“The children who come here are struggling with post-traumatic stress disorder. They face neglect. They are usually on our A and D – Abuse, Neglect – Dependency file. Usually come from homes with less income, less stable homes,” Hawkins said.

The rules and laws are different for minors than for adults, especially how minors are released after being charged.

“It’s a bunch of factors and things that we consider. As judges, we don’t just let people out,” Hawkins explained.

Minors cannot pay for their exit with a deposit. Their freedom depends on laws and a screening system that judges are required to follow.

“It takes into account their past history, all past crimes, all violent crimes – it takes all of that, and it has a scoring system. And that pretty much determines who gets released and who gets to stay,” Hawkins said.

Although the courts have been criticized for this practice, several research studies support it.

According to the Juvenile Law Center, research confirms that locking children up for long periods of time does more harm than good and does little to protect our communities.

As for Patrick and Gabe, their lives have changed for the better. Patric joined the army as a human resources specialist.

“I ended up joining the military to do positive things so I could build a career. Because there’s nothing on the streets,” Chandler explained.

Gabriel graduates from high school and keeps a job he loves.

“I got a second chance, so I knew I didn’t want to keep doing the same thing I was doing before and be the same person I was before. And end up in jail or die. I want to improve myself- even,” Gabriel said.

Both young men say they hope their stories of redemption will inspire other teens to do the right thing.

Right now, Gabe is working to get his record cleared.

Charges against Patric are still pending as he awaits a trial date.

2022-05-12
Previous Post: Cap on payments for prison abuse would erode government accountability and undermine justice system, advocates say
Next Post: How much proof do we need that the New York justice system is a sham?