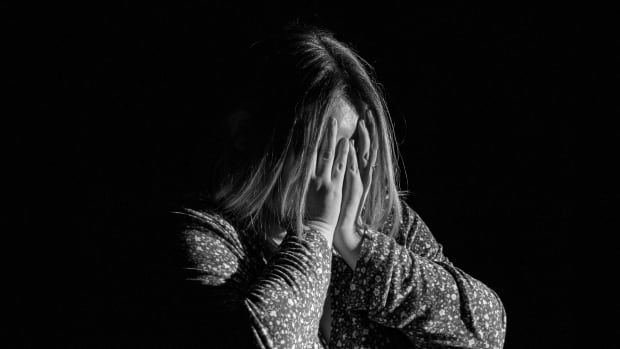 Justice system must ‘change at the root’ for domestic and sexual violence, experts say

Cassandre spent 12 years in a relationship full of physical and psychological abuse without filing a complaint with the police, fearing that she would not be taken seriously.

“If only you knew how many times I considered speaking out about the violence, but not out of fear that it would make it worse,” she said at a press conference on the 12 Days of Action Against Violence. domestic violence – which remembers the victims of violence in Montreal. Polytechnic shooting — Wednesday.

After an incident that made her fear for her life and that of her son last February, she met two police officers who accompanied her through the justice system with regular checks and gave her an update on her case.

Cassandre, whose identity is protected as a victim of domestic violence, says she left that first meeting feeling reassured, supported and with several emergency phone numbers and resources, which motivated her to continue the complaint process.

“Thanks to them, I decided to go all the way, that is to say to go to court against this man,” Cassandre said. “I finally see the light at the end of this terrible ordeal.”

A new report on gender-based violence in Quebec indicates that the justice system must change at the root. Daybreak host Sean Henry speaks with Rachel Gagnon, professor of forensic science at UQAM and co-principal investigator of the report.

A new report on gender-based violence in Quebec indicates that more victims of violence need this type of support and that for this, the justice system must change at the grassroots level.

The report showed that women who had adequate support were more likely to go through criminal proceedings.

But not all plaintiffs have the same experience as Cassandre.

“Everyone thinks the system could do a lot better”

A group of academics and community organizations followed 52 women victims of violence in 10 regions of Quebec for six years. Most of the women said that the legal procedures were too intimidating, complicated or long for them to get real justice.

None of the women said they would recommend others go through the complaint process.

Indigenous, racialized, LGBTQ+, disabled and immigrant women were even less likely to report gender-based violence or go through the legal process.

What surprised the researchers was that police, lawyers, social workers and judges also recognized the shortcomings of the justice system.

“It doesn’t matter what perspective you look from… Everyone thinks the system could do a lot better,” said Rachel Gagnon, the report’s co-lead researcher and professor of forensic science at the University of Quebec in Montreal. .

Gagnon said one of the factors that makes domestic and sexual violence trials difficult for plaintiffs is that they are treated like normal witnesses and have to go through dissecting their traumatic experiences over and over.

She says complainants are often left in the dark as to the status of the proceedings.

For example, lawyers may negotiate pleas — of which the plaintiff is not informed — thinking that they are sparing the plaintiff from testifying, even if they wanted to, Gagnon said.

Complainants “want to be better listened to [and believed]”, said Gagnon.

Sophie Gagnon, executive director of the Juripop legal clinic, says she’s seen a big difference in how complainants who have professionals dedicated to their interests — like lawyers, social workers and criminologists — perceive the justice system.

Because rights like due process, silence and the presumption of innocence are enshrined in the Constitution, trials can be “adversarial”, she said.

Criminal courts also operate separately from family and civil courts with little coordination, sometimes pitting a victim in a criminal case against their alleged abuser in a custody case or divorce hearing.

“Some rules won’t and can’t change in a democracy. I think we have to accept that even if the system is flawed, we can definitely improve it,” she said.

“It will remain, I believe, a difficult process for victims.”

Quebec has launched a pilot project, special domestic and sexual violence courts in 10 regions, with the aim of rolling them out across the province and making them permanent by November 2026.

Training on the realities of victims of sexual and domestic violence is offered to any actor likely to intervene, said the spokesperson for the Ministry of Justice Cathy Chenard, as well as “secure spaces for victims” in the palaces of justice.

“One of the goals is to avoid as much as possible that the victim encounters the alleged abuser during their court visits,” she said.

Experts hope these courts will make the process easier for complainants and put their needs at the heart of GBV trials.

“But that being said, one thing is still a bit sad, the fact that these courts are a demonstration that there may be a real difficulty for the system to really adapt,” said Rachel Gagnon.

Support is available for anyone who has been sexually assaulted. You can access crisis lines and local support services through this Government of Canada website or the Canadian Association for the Elimination of Violence Database. The Sexual Assault Assistance Center (RQCALACS) and the Montreal Crime Victim Assistance Centers (CAVAC) are available in Montreal and throughout Quebec. If you are in immediate danger or fear for your safety or the safety of those around you, please call 911.