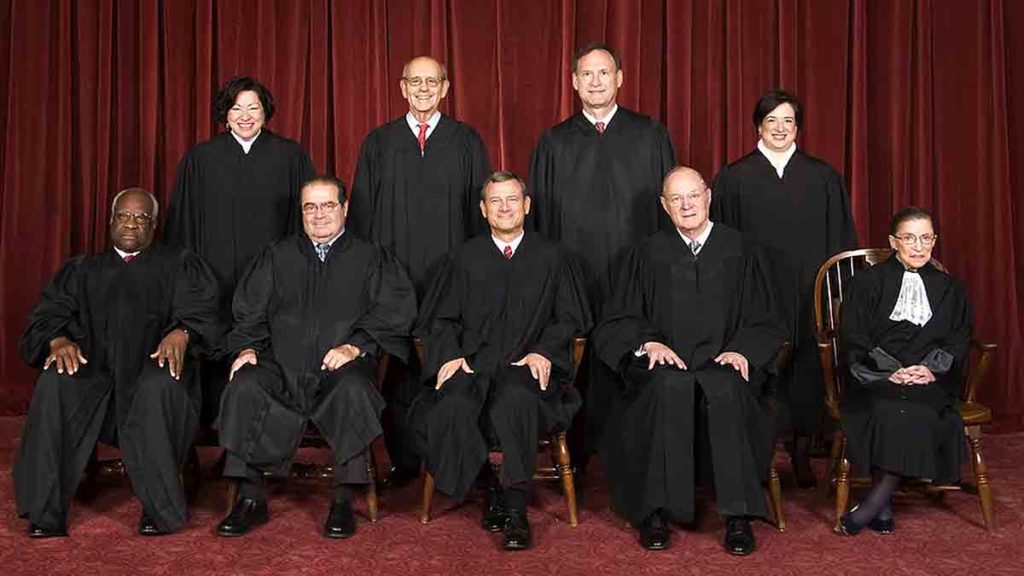 America just got a lesson in civics from a US senator on the role of the Supreme Court. In his opening statement at Neil Gorsuch’s nomination hearing, Senator Ben Sasse explained the proper (though rarely realized) role of a Supreme Court justice. According to Sasse, the Supreme Court, when it properly exercises the power of judicial review, upholds the long-term will of the people. Sasse is correct, and those who wish to defend limited government and the will of the people in the United States should be passionate both about defending judicial review and also about limiting judicial review within appropriate constitutional limits.

Why is judicial review not undemocratic? Why is it okay for the elected representatives of the American people (i.e. Congress) to pass a law only to have it “nullified” by a panel of unelected, austere black-robed ivy leaguers (that’s i.e. the Supreme Court)?
Before we get to the answer, a brief reminder of American civics: American constitutionalism as understood by the framers of the American Constitution demands that the “will of the people” does not exist in a single law passed by Congress, but only in the basic law which is the American Constitution. It is the Constitution that embodies the long-term will of the people.
The Constitution established an essentially popular government, but the problem with all popular governments is the constant tendency of majorities to oppress minorities, especially during passing periods of political passion. The drafters therefore institutionalized certain checks on the temporary ambition of the majority through devices such as the bicameral legislature (article I, sect. 2-3) and the executive veto (article I, sect. 7), while respecting America’s popular foundation. political authority in the form of original ratification of the U.S. Constitution by the people of several states (Article VII) and regular revisions to the Basic Law through amendments to the U.S. Constitution when a supermajority l accept (Article V).
Thus, the Constitution, taken as a whole, represents the will of the people bound by certain constraints to prevent the tyranny of the majority. Any action by a member of Congress, a President, or a Supreme Court Justice that contradicts the US Constitution is therefore at odds with the will of the people. We have a word for that: unconstitutional.
What then shall we say of judicial review? If Congress passes an unconstitutional law, that law can in no way represent the will of the people, especially if it were to represent only a temporary spasm of political desire on the part of a majority of the country. In any case, that was Alexander Hamilton’s argument in Federalist 78. According to Hamilton, when Congress passes a law that it did not have the power to pass,[s] representatives of the people to substitute their will for that of their constituents”. When this happens, the Supreme Court can legally act as “an intermediate body between the people and the legislative power, in order, among other things, to keep the latter within the limits assigned to its jurisdiction”. In this way, Hamilton explains the essentially democratic nature of the practice of judicial review: “If it should happen that there should be an irreconcilable gap” between the Constitution and an act of Congress, “that which has the obligation and the higher validity should of course be preferred; or in other words, the constitution must be preferred to the statute, the intention of the people to the intention of their agents.
Rather than being undemocratic, judicial review, properly understood and exercised, defends the long-term will of the people. As Sasse explained at the Gorsuch hearing, “When Congress passes an unconstitutional law, it is actually Congress that violates the long-term will of the people, because the judiciary is there to assert the will of the people as embodied in our shared Constitution on and against this unconstitutional but perhaps temporarily popular law.

The limits of judicial review

While judicial oversight, properly understood, is an essential feature of the American political system, unbridled judicial oversight is a dangerous deviation from democratic principles. Hamilton explains in Federalist 78 that judicial review does not “assume a superiority of the judiciary over the legislative power. It only assumes that the power of the people is superior to both. When the United States Supreme Court strikes down laws of Congress that are not in “irreconcilable disagreement” with the United States Constitution, the Supreme Court is effectively substituting its own will for the long-term will of the people as embodied in the United States Constitution as a final measure. by which all laws are judged.[1]
To be clear, that makes American politics an oligarchy instead of a democratic republic, and that’s no better than Congress passing laws it doesn’t have the power to pass. Both constitute an attempt by our governors to substitute their own will for the long-term will of the people as embodied in the Constitution. In fact, Madison and Hamilton were clear in the Federalist documents that although all three departments of government play a role in interpreting the U.S. Constitution (interpretations that are given institutional force in such powers as the legislative branch of Congress and the executive branch of the president), the “people themselves … can only declare its true meaning and enforce its observance” through such things as elections and, of course, through amendments to the US Constitution. The fact is that the Supreme Court, no more than the President or Congress, provides a definitive interpretation of the Constitution for which there can never be an appeal. If so, “the people will have ceased to be their own rulers, having to that extent practically delivered their government into the hands of this eminent tribunal.”[2]
So, is judicial review undemocratic? Nope! Properly understood, judicial review is an essential bulwark of American liberty. But misunderstood, judicial review is an abuse of the power of the courts, an abuse made more dangerous by many Americans’ lack of awareness of the importance of the American people — not the legislature, the court, or the president’s legal adviser. – being the final judge of the meaning of the Constitution, which is itself the will of the people.

[1] These are Lincoln’s words in his first inaugural address when responding to the Supreme Court’s decision in Dred Scott vs. Sandford (1857) in which the court found the Missouri Compromise of 1820 unconstitutional because it violated an alleged constitutional right of persons to own other human beings as protected property under the 5e Amendment.
[2] The Supreme Court of the United States has, at various times, affirmed, implicitly or explicitly, that its constitutional interpretation, rather the Constitution itself, is the supreme law of the land. An example of an explicit assertion to this effect occurred in Cooper v. Aaron (1958); for a discussion of this problem, see Edwin Meese, III, “The Law of the Constitution”, Tulane Law Review, Flight. 61: 979-990.

William Reddinger is Associate Professor of Government at Regent University, where he teaches courses in political theory and American politics. His scholarly interests include the political thought of the American foundation, the history of political philosophy, and the history of economic thought. His writings have appeared in American Political Thought…

2017-04-10
Next Post: Judicial review is a rule of law safeguard: Judges: The Tribune India