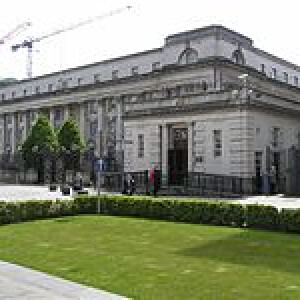 Judge David Scoffield ruled that the executive breached its legal duty under section 28D of the Northern Ireland Act 1998noting his “long period of failure” to adopt such a strategy.

The Act states: “The Executive Committee shall adopt a strategy setting out how it proposes to enhance and protect the development of the Irish language.

The judge said the next executive must “quickly” resolve the outstanding strategy.

This morning’s ruling builds on a previous High Court ruling in 2017, which granted a similar declaration.

Barrister Mícheál Ó Flannagáin, acting on behalf of Conradh na Gaeilge, said: “The High Court this morning issued a second declaration that the failure of the executive to adopt an Irish language strategy was unlawful and in breach of a legal obligation.

“Judge Scoffield did not hesitate to conclude that the executive had breached this legal duty, noting that after the NDNA agreement, “it was up to the executive to act with alacrity and that he had not not done “.

“The court also rejected any suggestion that the executive lacked the power to push forward the implementation of the strategy itself. This is also an important discovery.

“Most importantly, the court issued a new statement noting that any incoming executive committee will be required by the court to act quickly.”