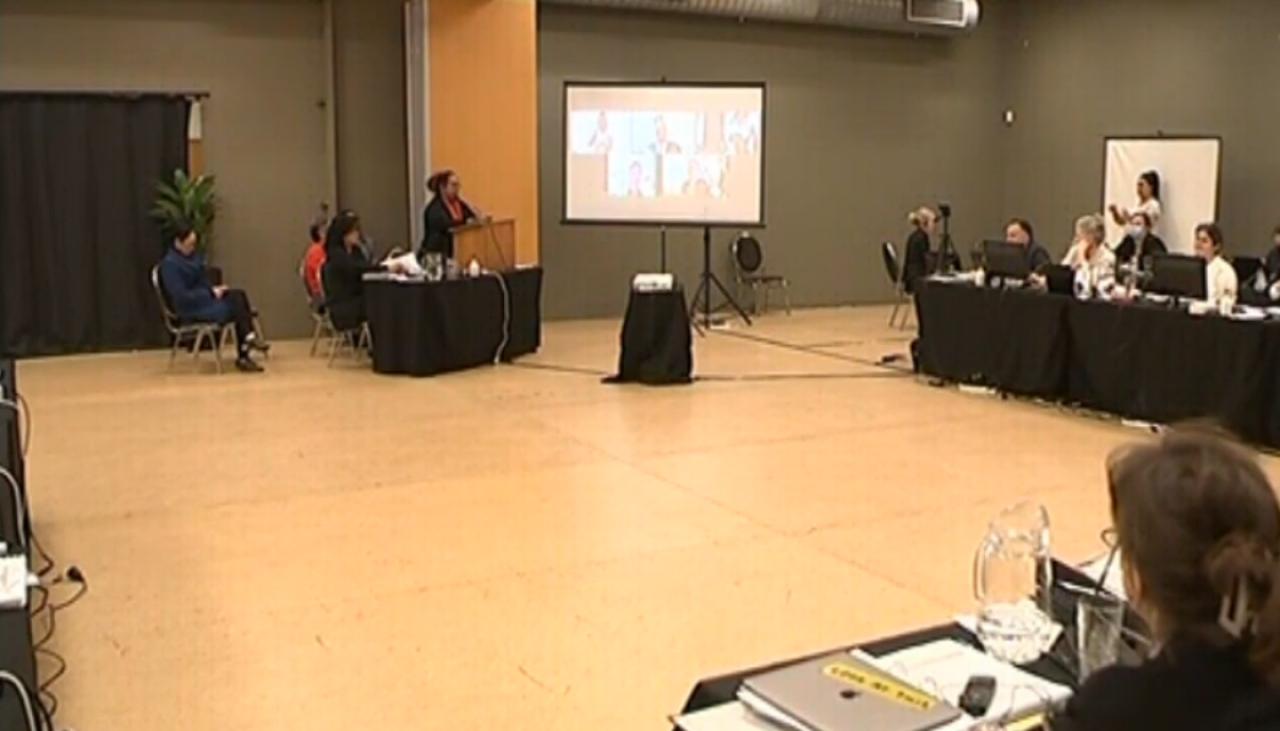 The inquest begins with a review of funding and many said they struggled for years to engage with the Waitangi Tribunal because they simply didn’t have enough money.

“Have we as claimants had a meaningful contribution to our claims and fair funding to participate in the Waitangi Tribunal? The answer is no,” said Ngāti Hine chief Pita Tipene.

Other claimants said funding such as legal aid has also been an issue in various court systems.

“Sometimes without our legal counsel it is very difficult for claims to come forward and be heard,” said Marise Lant of Annette Sykes & Co Ltd.

“A law firm where an invoice has been unpaid for a year and two months.”

She said barriers to access to justice are hampered enormously by a lack of Crown funding.

“Either it’s capped, or it’s not enough, or it ripples through bureaucracy and where applicants are left out.”

It is not just the Ministry of Justice that is under scrutiny, but also the police and correctional services, with Maori making up only 16% of the population, but half of all men and 65% of all women in prison are Maori.

Maori are also five times more likely to be convicted and charged than Pākehā for the same offence.

The tribunal has identified 61 pending claims that raise grievances with the court system, all of which are eligible to participate. This includes a claim about the 2007 Urewera raids, several legal aid claims, one about police armed response teams and several claims about Waikeria prison.

Justice Minister Kiri Allan said she was aware of the start of the investigation into the government’s provision of funding to claimants and legal aid in the kaupapa and of contemporary investigations.

“I understand that the claimants began their opening statements today, including expressing their concern that the lack of a clear and transparent funding scheme for claimants to cover costs of attending hearings has had a impact on their ability to access justice through the Waitangi Court, and that issues such as Te reo translation/interpretation support, legal aid and access to disabled claimants and support persons are also being discussed,” she said.

“The Department of Justice and other agencies involved in Kaupapa’s claims have been working with Crown Law in preparation for this hearing. Officials will listen carefully to evidence provided by claimants and expert witnesses.

“On the wider Wai 3060 claim, the Kaupapa Justice Sector Inquiry is an opportunity to hear directly from Waitangi Tribunal claimants with grievances about the justice system.”

Allan added that the inquiry will allow the Department of Justice and other agencies to be better placed to address current and past issues and to continue the government’s commitment to achieving better outcomes for Maori.

“As Minister of Justice, I will be leading the government’s response to the investigation and I am very interested in the results.”

This article is part of public interest journalism funded by NZ On Air.