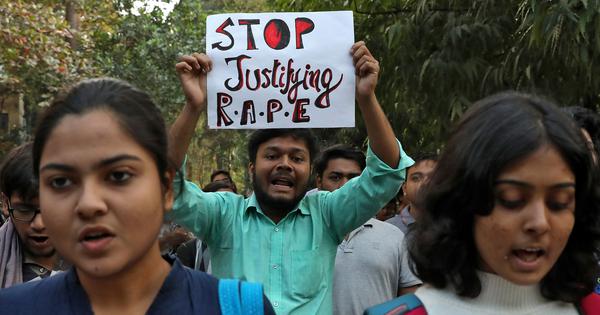 The gang rape and murder of a 23-year-old woman in Delhi in 2012 led to a significant increase in public awareness of crimes against women. Despite this, the data reflects a culture of reluctance or fear when it comes to women reporting crimes against themselves and the lack of avenues for women to be able to file complaints.

We infer that a greater proportion of criminal cases filed by women do not involve crimes against the individual themselves: they may be criminal cases that she brings on behalf of her children or other members of his family.

The graph below highlights the discrepancies between the two figures.

In states like Bihar, this gap is very large: while 284,379 women filed criminal complaints in 2021, only 15,359 crimes were reported against women. This disparity is also huge in West Bengal, Delhi, Maharashtra and Uttar Pradesh.

In contrast, in the North Eastern states and others like Andhra Pradesh, Odisha, Telangana and Uttarakhand, the disparity is low.

Data from the fifth cycle of the National Family Health Survey from 2019 to 2021 confirmed that only a small number of women seek help from the police. Women aged 18-49 were asked how or if they seek help when experiencing physical or sexual violence. Most of them seek help from their family or that of their husband, friends or neighbours.

Low reporting of crimes against women is not just an Indian phenomenon. According to the United Nations report The World’s Women 2015, worldwide, less than 10% of female victims of violence seek help from the police.

As Rukmini S argues in his recent book Whole numbers and half-truthsthe empowerment of an individual to report a crime is a key reason why a crime is recorded at the police station.

Women and the Justice System

Our research has shown that the number of civil and criminal cases filed by women in all states is low.

When it comes to civil cases, women filed 136.4 cases per lakh of the population all over India compared to 899.7 cases filed per lakh in the general population.

The number of civil cases filed by women per lakh population is highest in states such as Goa (378.2) and Kerala (358.1).

When female literacy rates are taken into account and related to the number of criminal cases filed by women across all states, no particular pattern emerges.

Some observers say this could be the result of fear of easier retaliation from the perpetrator during the pandemic, closeness to the perpetrator, and limited contact with systems and institutions that might offer help. assistance.

Nevertheless, even when considering the cases reported in 2019, the number of reported crimes against women is far lower than the number of criminal cases filed by women.

What can be done to ensure that more women feel empowered enough to report crimes to the police? The creation of Nirbhaya squads in police stations, made up mostly of female officers, seems to be a step in the right direction.

Other initiatives such as Bharosa cells, in cities such as Nagpur, Pune and others, which respond and engage on issues specific to women and children have also shown positive results.

Educational initiatives to raise awareness of different laws and legal procedures for filing complaints will also help bring about change.

Finally, data should be collected on the types of civil and criminal cases filed by women in all states. This data will not only help to better understand the nature of crimes in various regions, but can also help design interventions that help women to report.