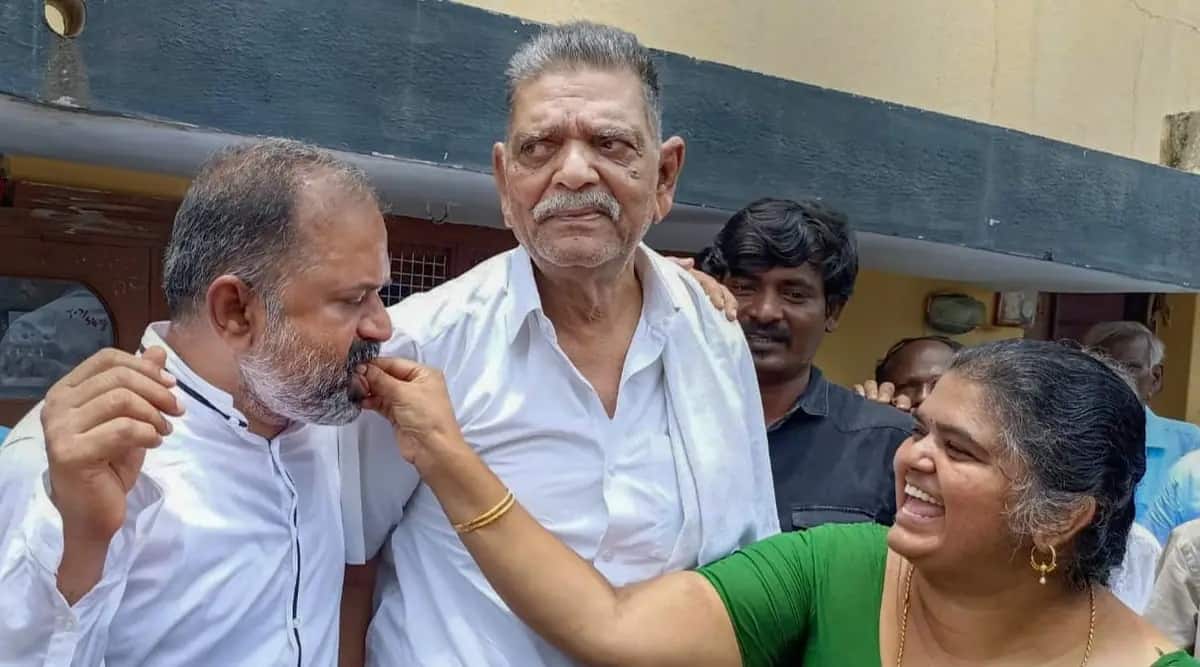 In a highly flawed justice system, Perarivalan’s release is a rare success

The May 18 Supreme Court order releasing AG Perarivalan, one of the convicts in the Rajiv Gandhi assassination case, is the culmination of a long battle for freedom that spans more than 31 years. Perarivalan’s agonizing wait may be over, but his struggle serves as a grim reminder of the many failures of our criminal justice system.

The fact that it took more than 31 years for Perarivalan to be released despite strong fears of wrongful prosecution and wrongful conviction should cause us concern. Perarivalan’s case forces us to consider the tyrannical legacy of anti-terrorism laws and the broader crisis afflicting the administration of criminal justice. The case against Perarivalan, charged under the Terrorist and Disruptive Activities (Prevention) Act (TADA) and Indian Penal Code (IPC), was that he participated in the plot to assassinate former Prime Minister Rajiv Gandhi providing batteries for the belt bomb. would have been used for the assassination, knowing that the batteries would be used for this purpose. The main evidence against him was a confession made to that effect to CBI officer V Thiagarajan. Such confessions to the police, normally inadmissible under Indian evidence law, were admissible under TADA.

In 2017, 18 years after the Supreme Court upheld Perarivalan’s conviction under ICC provisions, using confessions recorded under TADA (although the TADA charges were dropped), Thiagarajan submitted a sworn affidavit before the SC indicating that he had omitted the exculpatory part of Perarivalan. statement, denying knowledge of the use for which the batteries would be intended. It reveals the violent reality of our criminal justice system – that statements and evidence are manipulated to secure convictions. It also demonstrates the dangers of granting extraordinary police powers under the guise of national security legislation. Again in 2017, Judge KT Thomas, one of three SC judges who upheld Perarivalan’s conviction, acknowledged “serious flaws” in the CBI investigation.

For almost half of his 31 years in prison, Perarivaalan lived under a death sentence. The SC upheld the death sentence issued by the TADA court in ignorance of Bachan Singh’s framework, which requires both felony and criminal circumstances to be considered. Judge KT Thomas later expressed doubts as to whether such a harsh sentence would have been handed down had it not been for such a high-profile case. Nevertheless, in what must be considered a triumph of the human spirit, Perarivalan’s educational achievements in prison are extraordinary. Life in prison, especially on death row, is a life of despair; a reality that we can barely imagine.

Perarivalan’s death sentence was eventually commuted to life imprisonment by the SC in 2014, after nearly 16 years on death row, due to an extraordinary and inexplicable delay of 11 years, after which his appeal to grace was rejected by the president. In 2015, Perarivalan filed a pardon petition before the Governor of Tamil Nadu under Section 161 of the Constitution, asking for mercy. For years, there were sustained back and forths between the Tamil Nadu state government and the Center over which one of them had the power to decide Perarivalan’s release. In 2018, the Cabinet of Ministers of the Government of Tamil Nadu recommended to the Governor that Perarivalan be released in exercise of the constitutional powers of clemency; advice that the governor was constitutionally bound to follow. Despite this, the governor made no decision on the pardon request and eventually in 2021 forwarded the same to the president for his decision under Section 72. Believing that this was done without constitutional support, the CS invoked his extraordinary powers under Section 142, releasing Perarivalan and deeming his sentence to have been served.

The way Perarivalan and his mother Arputhammal have ensured their fight continues for over three decades demonstrates the enormous effort required to correct an injustice in our system. Their efforts ensured that the case received national attention, that Perarivalan’s cause was supported by political parties in Tamil Nadu with strong support from the bar, civil society and retired judges – all of these aspects are stories of exceptions rather than the norm. Perarivalan may have rightfully regained his freedom, but the same fate does not await others like him.

The passage of time has allowed us to examine the issues of injustice in this case in a much more meaningful way. The question now is whether we as a society have the courage to acknowledge what has been inflicted in our name.

The authors are with Project 39A at National Law University, Delhi