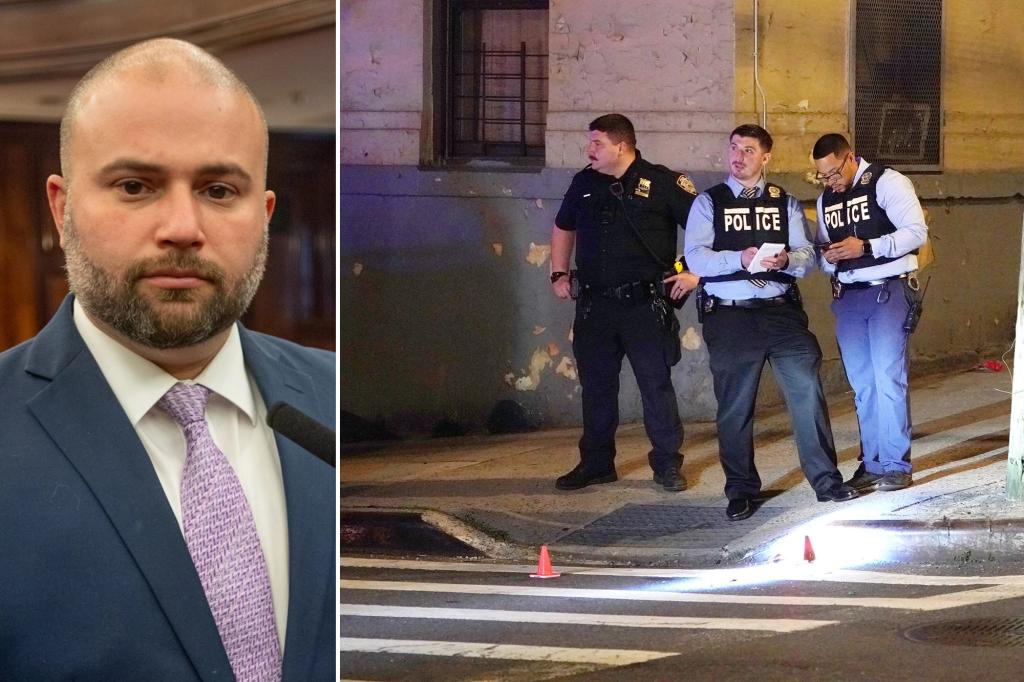 How much proof do we need that the New York justice system is a sham?

New York can breathe a sigh of relief as Constable Dennis Vargas, our eighth police officer shot on duty in just five months, recovers at home with the family he nearly left behind.

The actions of Vargas and his partner illustrate the kind of dangerous work we ask our officers to do every day to stem the scourge of gun violence that plagues our city. Unfortunately, the suspect’s criminal history and his avoidance of any real consequences for his actions illustrate the deception known as our criminal justice system.

The two officers spotted the suspect, Rameek Smith, allegedly carrying a gun along 3rd Avenue in the Bronx, in one of the neighborhoods Mayor Eric Adams has correctly identified as responsible for 80% of violent crime in the city. Officers gave chase, and the suspect turned and fired, hitting Vargas in the arm. The police returned fire, killing Smith.

The burning question is why Smith, arrested nearly 2½ years ago with another illegal weapon, was allowed out on the streets in the first place, ready and willing to commit another serious offense.

And Rameek Smith is no aberrant. He is the industry standard in political protection racketeering that prioritizes violent criminals over the law-abiding people of our city.

In 2021, officers made 4,499 arrests of people carrying or using an illegal firearm. Of those, 46 are fortunately being prosecuted under federal law. Of the remaining 3,983, prosecutors have declined to prosecute 260, while 983 have already been dismissed outright or received adjournments for dismissal (virtually a subpoena).

This means that almost a third of gun collars suffer absolutely no consequences beyond the small speed bump of their arrest. Incredibly, 174 cases are recorded as lost in the Office of Courts Management system; a handful of them were covered by prosecutions for higher-level offences; and 10 defendants died.

The real shock: Only 710, or 17.9%, of the defendants were convicted or declared as juvenile offenders, with 698 plea bargains. Only one case — yes, just a – ended in a conviction at trial.

And almost half are open cases, some lying around for 18 months. Smith falls into this category. In 2020, he was charged with criminal possession of a weapon, a felony. At the time, he was already on probation for a 2016 heist. He pleaded guilty to the firearms charge in December, but a judge allowed him to remain free until sentencing. His sentencing was delayed several times before his death on Tuesday evening.

While our senseless bail laws get all the attention, laws that force judges to place more felons on probation, rather than jail, are a much less heralded part of justice ‘reforms’. criminal justice of the Democrats. But what good is putting defendants like Smith on probation, or spending $100 million a year on an agency to watch convicted felons, if a subsequent arrest with a loaded gun doesn’t result in an immediate loss of the culprit’s liberty?

And if Smith had been arrested rather than killed, what about the number of years he would have faced behind bars for criminal possession of a weapon? 12 months? Two years, max?

Remember former Mayor Bill de Blasio bragged that our prison population hasn’t gone down since World War II. Unfortunately, that means people like Smith are taking to the streets as the beneficiaries of a backward, woke political goal.

Did I miss something?

After a quick scan of many Democrats’ Twitter feeds and email sends, I’m beginning to wonder what percentage of them prioritize criminal defendants over victims of crime. On the contrary, these almost daily social media posts and progressive screeds against “overcriminalization” in the face of rising crime show us how far we have come and how far we need to go.

Joe Borelli is the Minority Leader of the New York City Council.