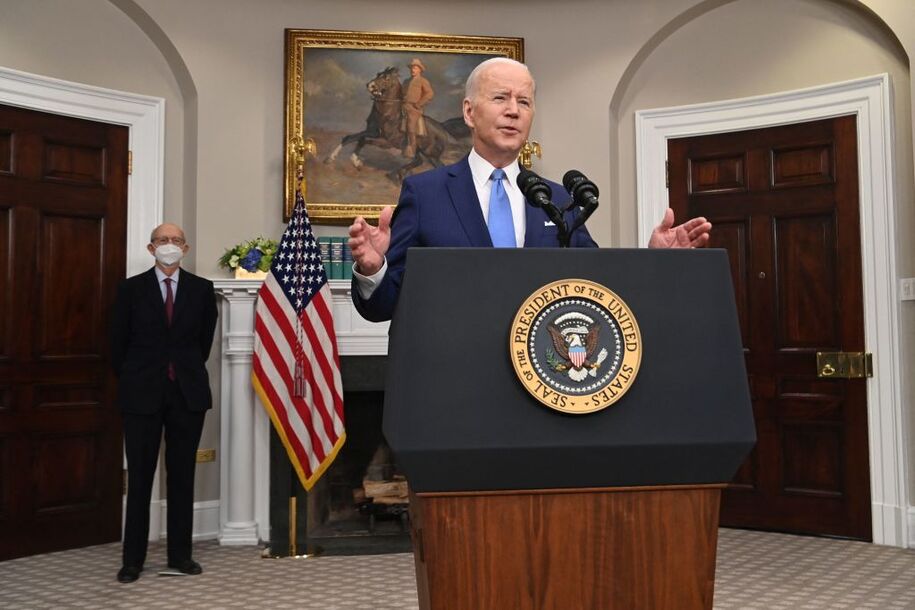 Fighting for a better justice system

Hello, Daily Kos Community, and welcome back to Daily Kos Week in Action! This weekly series from the Daily Kos Activism team shares the issues we’re working on and gets your feedback on where we might focus our future efforts.

At Daily Kos, we believe in fighting for equity, especially when it comes to the law. We deserve a justice system that represents all of America, not just some of it, and Supreme Court Justice Stephen Breyer’s recent retirement announcement paves the way for President Joe Biden to nominate the first Black woman to the nation’s highest court. There’s no shortage of highly qualified candidates, and the Daily Kos Activism team is working to support and highlight progressive champions of civil rights and equal justice.

This week we also focused on a bit of corruption that’s infected Congress for decades: insider trading. Quite simply, the people with the power to change laws shouldn’t be allowed to invest in the industries those laws will affect.

President Biden has already announced that he expects to choose a nominee by the end of February, following a rigorous vetting process. You can learn more about each prospective candidate on Biden’s shortlist here. Whoever the president chooses will spend decades making decisions that will impact millions. This nomination is a chance to put perspective and experience from an underrepresented corner of America on the bench.

Judicial nominations are a priority for Daily Kos. We run long term campaigns to advance progressive judicial nominees committed to civil rights and equal justice, who represent all Americans, not just the wealthy, white, and privileged factions. Thirteen months into his presidency, the US Senate has confirmed 46 judges President Biden has nominated. Of those 46, Daily Kos campaigns advocated for 14.

We will continue supporting progressive nominees to lower courts, even as we battle for a fair-minded SCOTUS nominee that represents the nation.

Help us ensure a progressive nominee to the highest bench in the land by taking these actions:

With the ability to create or strike down laws, members of Congress have enormous power over numerous industries well represented on Wall Street. It seems like a given that members of Congress shouldn’t be allowed to invest in the very industries they regulate. Yet, they are permitted to do just that. More than 52 members of Congress and 182 top staffers have violated conflict-of-interest laws, but have faced no serious consequences. They’ve been allowed to profit from their decisions, including those made during a raging global pandemic that has devastated the country and left many struggling to make ends meet. By no means should our lawmakers be allowed to profit off of the suffering of their own constituents.

Members of Congress using their power for personal gain have managed to dismantle ethical standards, avoid consequences, and gaslight the public into brushing off those moments when their personal finances clashed with their public duties. The American people have the right to be protected from lawmakers who seek to enrich their own pockets. This blatant corruption is a slap in the face to voters, and it’s past time to put better guardrails in place to ensure transparency and accountability in Congress.

That is why the Daily Kos Activism team supports the Ban Conflicted Trading Act, which has 51 cosponsors as of this writing. This bill would prohibit members of Congress and their staff from purchasing or selling specific investments, entering into a transaction that creates a net short position in a security, or serving as an officer or member of any board of any for-profit entity. We also support the Bipartisan Ban on Congressional Stock Ownership Act, introduced by Reps. Pramila Jayapa and Matt Rosendale, and Sens. Elizabeth Warren, Steve Daines, Marsha Blackburn, and Debbie Stabenow. This bill would require that all members of Congress—as well as their spouses and dependents—put conflicting investments into a qualified blind trust or divest entirely.

After weeks of public pressure and bipartisan support in Congress for the issue, Speaker Pelosi has agreed to greenlight the plan to ban insider stock trading among members. We must continue to put pressure on Pelosi if we are to succeed in passing this essential legislation to keep our leaders honest.

If you agree that Congress should not invest in industries they regulate, take this action below:

That’s it for this week! Thank you, dear Community, for your continued support of our constant efforts. We are constantly amazed at the organizing power of the Daily Kos Community, at what you do every day to fight for a better future together. Be sure to comment below and tell us what actions you took this week, and what actions you’d like to see from us moving forward.