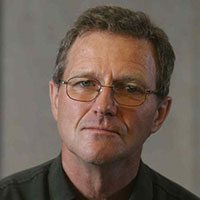 Does Canada have a two-tier justice system? • Troy Media

The FBI raid on former US President Donald Trump’s home underscored existing concerns that the US now has a two-tier justice system – one for those in power and another for those out of power. not.

But here in Canada, we have a calmer version of this same debate, revealed during the convoy protests.

A long-standing political discussion in Canada is about a so-called “two-tier health care system” replacing the current socialist model. One side argues that allowing private enterprise into the system would make it better, while proponents of the status quo argue that it would create a “two-tier” system that hurts the less advantaged. This discussion is taking place in the courts today, particularly with the case brought by Dr. Brian Day.

However, until very recently, there was no concern about a two-tier justice system, where a person’s political opinion determines the type of justice one will receive. In fact, until recently there was universal agreement that the system should treat everyone equally. Although it has always been recognized that those with money have better access to lawyers, it has always been taken for granted that a person’s political views would be irrelevant when administering justice. Simply put, this justice would be blind to the politics of the day.

That has changed, and the case of Tamara Lich raises fears that we now have a justice system that favors those with “acceptable political views” while persecuting those with “unacceptable views.”

Prime Minister Justin Trudeau explained his philosophy of “acceptable opinions” to Canadians when asked why he supports (and even participates in) protests, such as the Black Live Matter (BLM) and Wet’suwet’en protests, but that he condemned them and was prepared to outlaw the protest convoy.

No other protester in Canadian history had ever been treated so harshly. For example, the Wet’suwet’en and BLM protests caused far more damage than the convoy protest, but no one in those protests was charged with crimes. It must be remembered that the BLM protests (in which Trudeau actually participated) claimed dozens of lives and caused billions of dollars in property damage.

The Wet’suwet’en protests crippled the national rail network for weeks, causing major economic damage. Ancillary crimes committed during the Wet’suwet’en protests, such as arson and vandalism, could easily have cost lives and certainly disrupted and damaged the economy. (By the way, the vandalism of the church and the toppling of the statue caused after the dubious allegation of the discovery of the bodies of 215 residential school students in Kamloops last summer resulted in almost no charges.) Apparently anyone taking part in these protests, even those who have committed crimes, has passed the prime minister’s “acceptable opinions” test.

But the demonstrators in the convoy were treated in a totally different way.

Tamara Lich watched every part of the newly created two-tier system play out from inside a jail cell, as police, junior justice officials and others treated her like a political dissident would be treated in a prison cell. dictatorship. For doing what thousands of BLM, Wet’suwet’en, and unmarked protesters have done with impunity, Tamara Lich has been imprisoned and treated in a manner befitting a Canadian citizen.

So people like Tamara Lich now know exactly where they stand with the government in power and with the justice system. They are no longer citizens but enemies. They have “unacceptable opinions”. And people with “unacceptable views” face the prospect of having their opinions judged by a Chief Justice who has made his views on people like Lich very clear.

Justice is supposed to be blind. Does Canada now have a two-tier justice system?

Brian Giesbrecht is a retired judge and senior fellow at the Frontier Center for Public Policy.

The opinions expressed by our columnists and contributors are their own and do not inherently or expressly reflect the opinions of our publication.

© Troy Media
Troy Media is an editorial content provider for news outlets and its own hosted community media across Canada.