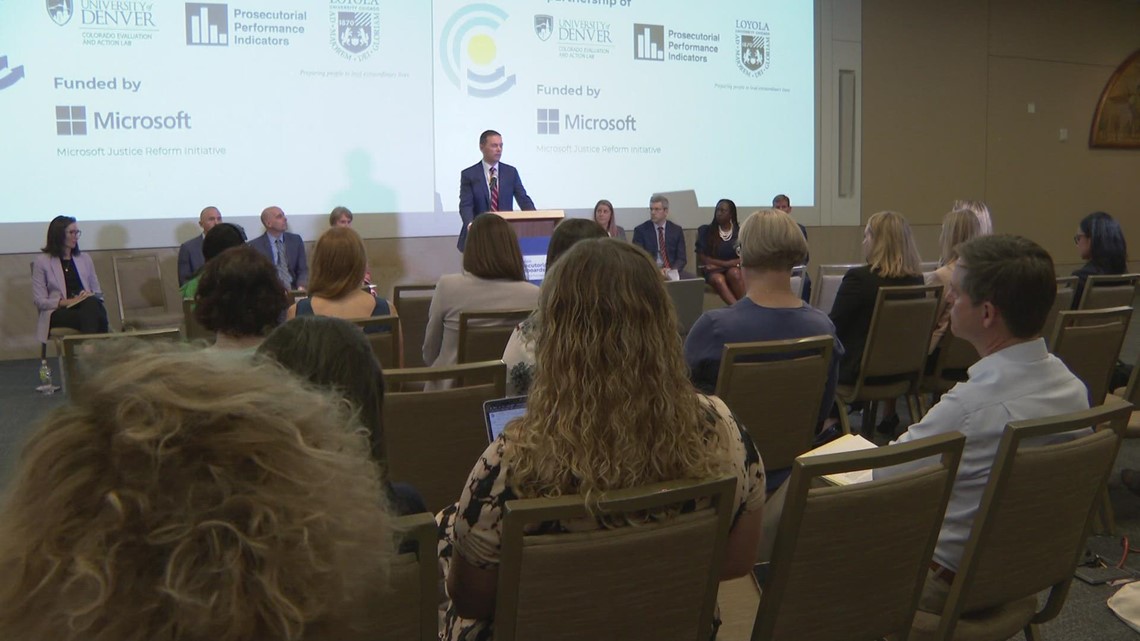 Eight judicial districts will use the data to help ensure the fairness and impartiality of the justice system, while revealing prosecution trends.

COLORADO, United States — District attorneys in Colorado have said they are working to combat public mistrust of the criminal justice system with data.

On Thursday, eight judicial districts launched data dashboards on their websites. Officials said this is new data that may show trends such as racial and ethnic disparities in prosecutions.

“I was a prosecutor for 10 years in our community and I saw so many cases handled with Latino surnames. I had no idea how to quantify it, how to recognize an impact or how to start a conversation to resolve disparities,” Alexis said. King, prosecutor of the 1st judicial district. “It really ends today with these public-facing data dashboards.”

Some of the data that will be available includes conviction and bail decisions, case results, charge information and filings, among many other metrics.

“I believe it is our responsibility as elected officials to hold offenders accountable for their criminal behavior while advancing a just, fair and compassionate society so that all members of our community can have confidence in the justice system. criminal,” said Beth McCann, district attorney for the 2nd Judicial District.

RELATED: San Luis Valley Gets New DA After Previous One Resigns Amid Controversy

Michael Dougherty, District Attorney for the 20th Judicial District, said they were trying to build trust with the community and get them involved.

“‘What does the data show? What racial and ethnic disparities exist in the justice system? What data do you have on this?’ and the answer over and over again was, “We have amazing staff. They work incredibly hard and we recognize that there are biases and disparities in the justice system, but I don’t have such data. There is no such thing. We didn’t follow,” Dougherty said. “Today, thanks to our allies and partners, we are taking an important step towards that and being able to answer those questions.”

He said it’s a big step towards openness and transparency, so they can have conversations with the community about what works in the criminal justice system and what doesn’t.

“We view these dashboards in many ways as a diagnostic tool. They may tell you the percentage of certain cases that have been cleared or uncleared or the results on a percentage basis based on crime filings, but they won’t necessarily tell you why those numbers are what they are,” said 18th Judicial District Attorney John Kellner. “These dashboards are the start of that conversation and then lead us to ask ourselves why are we seeing longer resolutions for cases in one jurisdiction over another and how can we improve that to make it fairer.”

The eight judicial districts participating in this right are currently part of the pilot phase of this project. There are plans to make it available statewide for other districts that wish to participate.

These judicial districts include:

Grant funding for this project came from Microsoft’s Justice Reform Initiative. This is the first statewide initiative for the Prosecution Performance Indicators (PPI) project, which is a collaborative effort between the PPI, the Colorado Evaluation and Action Lab, and the offices of the district attorneys.