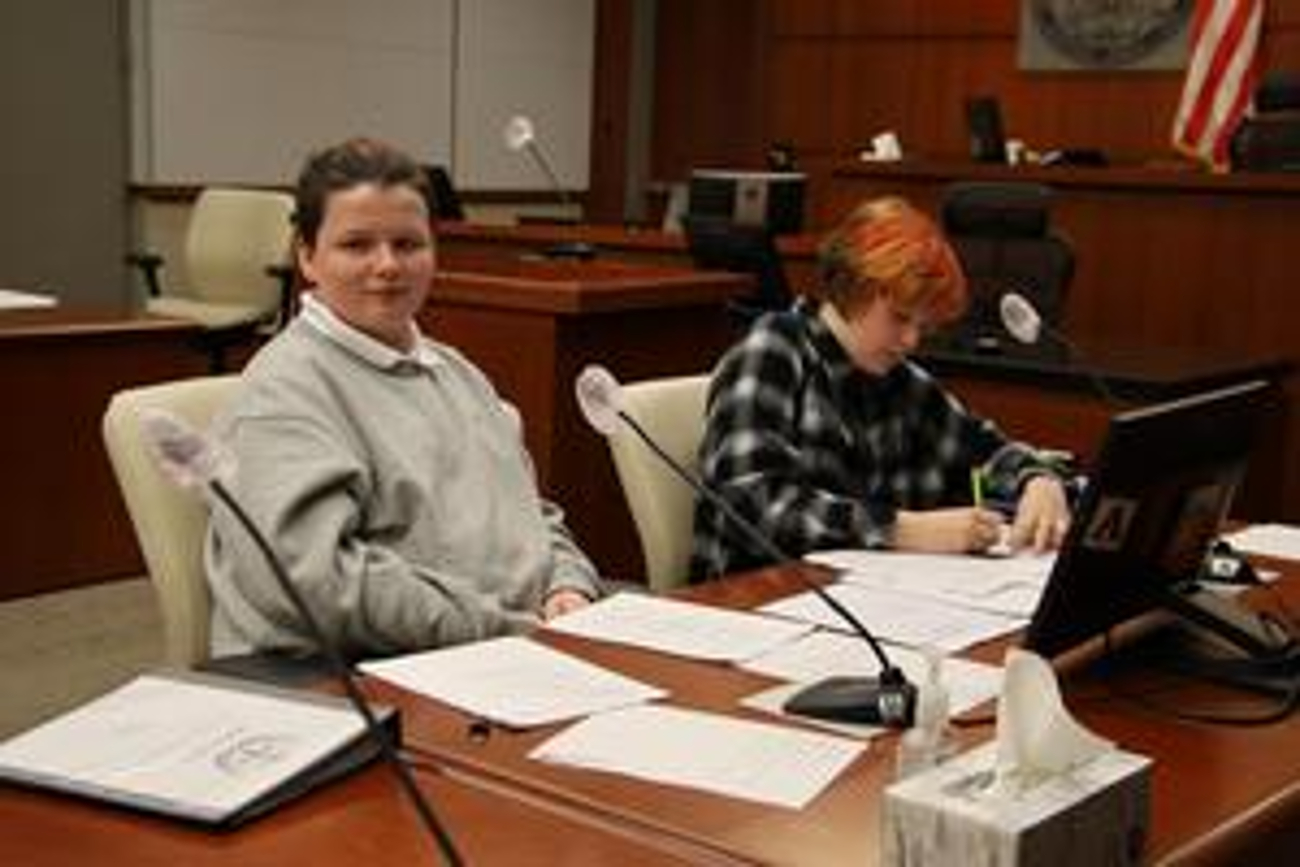 CASPER, Wyo. – Students in the CY Middle School Gifted and Talented program recently had the opportunity to learn more about the justice system, as attorneys, jurors and witnesses in a mock trial presided over by the Seventh Judicial District Judge Catherine Wilking of the Natrona County School District said Tuesday.

The students conducted research and prepared strategies before the mock trial. Teacher Whitney Wilking began the project by providing students with a case summary, verdict forms, affidavits and exhibits. She then assigned roles to the students.

Lawyers have volunteered time to mentor students in the mock trial project, including Anna Olson of Park Street Law Firm and Scott Murray of Williams, Porter, Day & Neville, according to the NCSD.

“My favorite part of the mock trial project was definitely working with the mentor attorneys,” said Zoe, a CY student who served as plaintiff’s attorney in the mock trial. “I liked having a professional opinion, and because they do it every day, they thought about things in ways that I would never have even considered.”

Mentor lawyers had different approaches when working with students.

“Their styles are completely different,” said Ryleigh, a CY student who has served as a defense attorney. “We focused with Ms. Olson on our opening and closing statements, and she gave us some really great feedback on that, and that was really helpful.”

Murray did a good job of encouraging students to find their own answers.

“One of the most helpful things Mr Murray did was that when we asked him questions, instead of just answering, he asked us the question again, and in the end we answered it ourselves” , said Payton, a CY student. who acted as counsel for the plaintiff, said.

The mock trial project helps students learn about how the court system works in Wyoming, helps them develop critical thinking and public speaking skills, according to the NCSD statement.

“There are so many skills needed to really shine in the trial. Some of them can be planned and some have to be impromptu,” said Whitney Wilking. “It taps into their critical thinking, their analysis, their collaboration and their work with experts and professionals. I see them light up when they have these opportunities. Connections with legal professionals definitely made the experience more authentic. Working with Scott and Anna showed them how important critical thinking and persuasive skills are. »

Some of the students said the best parts of the overall project came during the tryout itself.

“My favorite part was making the opening statement,” said Kendra, a CY student who served as plaintiff’s attorney. “I felt so professional and classy.”

The experience has helped some students appreciate the differences between an actual courtroom and how the justice system is sometimes portrayed in the media.

“I realized I had no idea what was really going on in a courthouse,” Payton said. “Comparing it to what you see on TV was really interesting and seeing how inaccurate it is on TV.”

Zoe added: “The way I saw our justice system was that it was carved in stone, one way or another. I thought things were black and white. After diving in and seeing what it is, it really is a professional argument. No matter who the judge is, who the jurors are, who the witnesses are, there will always be personal opinions involved in the final decision. »

Catherine Wilking said the work of the students became evident when she presided over the mock trial.

“It was clear that they had put a tremendous amount of work into the project,” she said. “The student lawyers were very effective advocates for their respective clients, and I could tell they really believed in the arguments they presented to the jury.”

“All the students expressed surprise at how difficult the factual model was and how hard it was to come to a fair verdict. it was much more nuanced, that there were valid points to be made on both sides and that in fact they were dealing with different shades of gray in the case and then they realized that very little is simple in matters of jury trial and that is why we entrust our citizen jurors with the task of resolving disputes in civil cases and administering justice in criminal cases.