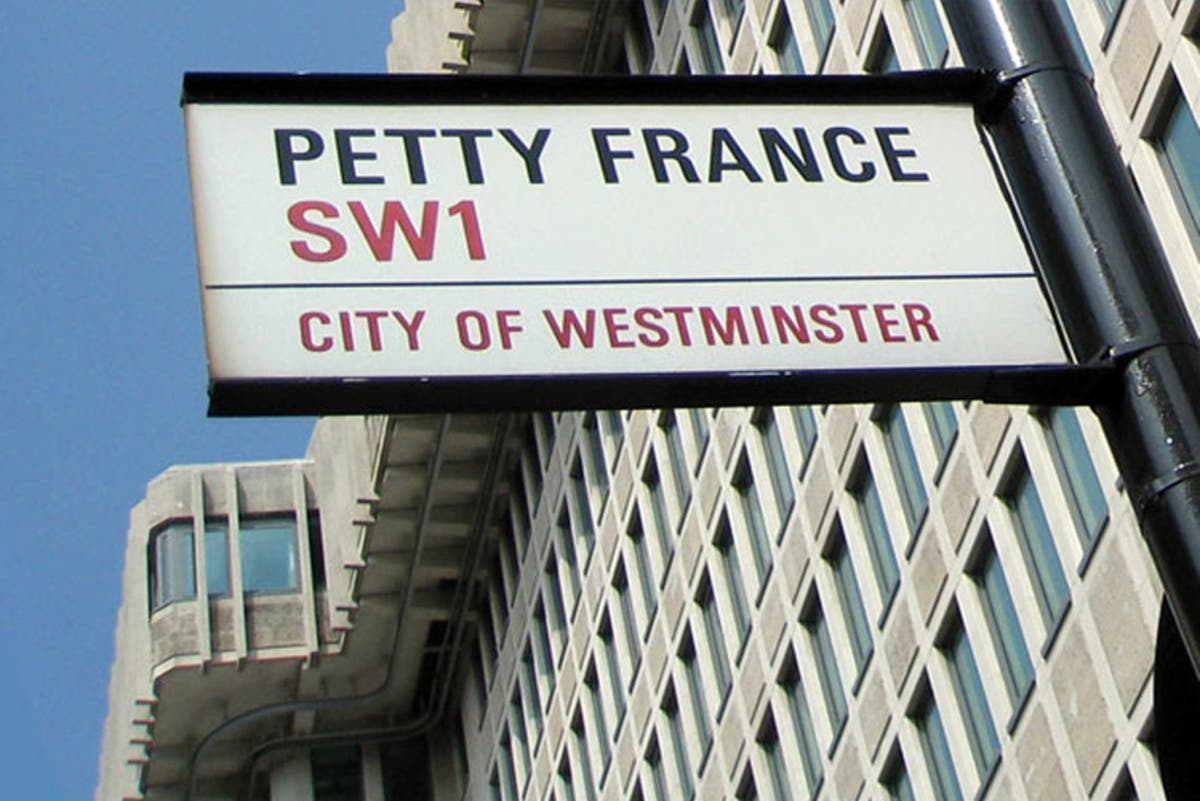 The PS have demanded a government plan to tackle a £1billion court maintenance backlog and a shortage of judges which are hampering the restoration of criminal justice.

Courthouses have been left in a ‘poor condition’ thanks to years of underfunding, the House of Commons Justice Select Committee has heard, after the Lord Chief Justice called some buildings ‘inconvenient’ .

In a report on the state of the justice system, committee MPs urged the Ministry of Justice (MoJ) to develop a comprehensive plan to improve the condition of court buildings across the country.

And they pointed out that there are fewer judges today than a decade ago, leaving courts unable to hear as many cases as possible.

The report follows a 21-month investigation into the capacity of the justice system, including technological reforms that have been accelerated by the pandemic and plans to address a criminal justice backlog of more than 58,000 cases.

Asked about court reparations, Lord Chief Justice Lord Burnett of Maldon told the committee that they ‘have buildings which are, frankly, an annoyance which I don’t think members of the public as users of our courts, the staff working in the courts or the judges also working in the courts should be expected to tolerate.

Former HM Courts and Tribunals (HMCTS) chief executive Kevin Sadler said last month that the maintenance backlog was estimated at around £1billion, and he acknowledged that courtrooms sometimes had to be decommissioned.

“Too often we lose courtrooms right now to heating failures or air conditioning failures,” he said.

The committee heard the government had committed a further £105million for building maintenance in 2021, and Mr Sadler said Covid had increased pressure on court buildings due to the need to keep the court running permanent heating and ventilation for safety reasons.

Justice Secretary Dominic Raab has acknowledged that failing to invest in upkeep of the courts is ‘a false economy’, while Lord Burnett has slammed the lack of a long-term plan to fix the court.

“When money has been very tight,” he said, “we look for the worst leak in the boat and then plug a particular leak, but there’s nothing to make the ship seaworthy. long-term.”

The committee’s report concludes: “The backlog of maintenance in the judiciary is a serious problem. Although there are good court buildings, too many of them are in poor condition.

“This has a negative effect on other elements of court capacity and, if left unaddressed, risks undermining the delivery of the high quality justice system that this country has come to expect..”

He hailed the Nightingale Courts program which has provided additional courtrooms during the pandemic and called on the government to develop a fully funded multi-year plan to tackle reparations and court capacity.

The Department of Justice and HMCTS have been criticized by the committee for “missed opportunities” due to gaps in data collection and an inability to assess issues in court.

And the Lord Chief Justice highlighted the problem of a shortage of judges and the difficulty in recruiting enough new people to fill the void.

“Crown Court sitting days were quite severely reduced in the pre-Covid years, and the result was that the number of Crown Court judges was also reduced,” he said during of its November proof session.

“We are working in some parts of the country to provide the judicial resources to do all the work we want to do in the Crown Court.”

Identifying London as a “particular problem”, the country’s top judge said retired judges had been reinstated, while senior lawyers sat more as part-time judges. However, this reduced the number of lawyers able to litigate cases.

“The government, the judiciary and the Judicial Appointments Commission should work closely together to address the challenges of recruiting judges in areas where the need for increased capacity is greatest,” the committee concluded.

Commenting on the report, Justice Committee Chairman Sir Bob Neill said the courts had shown an “impressive commitment to innovation”, particularly in the field of video technology.

But he said: “That alone will not have the impact needed to tackle the scale of the capacity challenges facing the courts.

“The government must work with the judiciary to ensure there are enough staff and court space to allow trials to take place and reduce the backlog. The physical heritage has collapsed for too long and must be adapted to its objective The judicial and administrative staff must be sufficient in number to deal with the volume of cases.

“Understanding the demand on the courts needs to be improved so that long-term planning can be based on an accurate picture of likely demand. Data should be collected of sufficient quality to allow understanding of long-term trends. There also needs to be better monitoring of the performance of key parts of the justice system currently without any inspection regime in place.

“The justice system is creaking and there needs to be consistent, cohesive planning to address it.”

A Ministry of Justice spokesperson said: ‘The Committee rightly recognizes that our decisive action has enabled justice to continue during the pandemic and that the backlog at the Crown Court is diminishing.

“We have launched a recruitment campaign for more judges and magistrates and have spent over £150 million over the past year improving court buildings to provide the speedy access to justice that people victims deserve.”