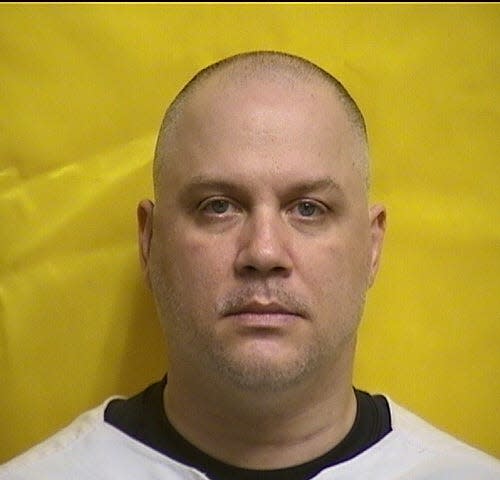 The three-judge panel had good reason to be appalled, even angered. They sit in Ohio’s 11th District Court of Appeals in Warren, and in 2014 the court ordered “further proceedings” to allow Tyrone Noling access to records that may show prosecutors withheld evidence favorable to his defense at trial. These procedures have not yet advanced.

On February 1, the three justices, Cynthia Westcott Rice, Mary Jane Trapp and Thomas Wright, sat down for a closing argument requested by Noling’s lawyers, who asked the court to uphold his warrant. It means forcing the trial court and the Portage County prosecutor’s office to comply with the law.

Recall that Noling is on death row, although the current state of evidence clearly indicates that he did not kill Cora and Bernhardt Hartig at their home in Atwater Township three decades ago. The recent hearing reflects the difficulty of getting the justice system to right a grievous wrong and avoid the horror of executing an innocent.

As I wrote in December, this matter deserves the attention of Governor Mike DeWine. His office has the power of commutations, pardons and reprieves – a last line of defense against injustice.

Noling’s defenders rightly argue that he has one of the strongest cases of innocence of anyone on death row across the country.

Following: Legislator: The risk of executing an innocent is too great

Why the delay in the execution of the mandate of the Court of Appeal?

Part of the explanation is attention focused elsewhere. Noling and his lawyers fought a long and commendable court battle over DNA testing. They won a few rounds. In the end, the result was not all they hoped for – to provide conclusive proof of his innocence.

The pursuit of such tests was not intended to rule out Noling. No physical evidence connects him to the crime scene. Rather, the goal was to identify another suspect.

With the DNA litigation closed, Noling’s team turned to fulfilling the appeals court’s mandate. This effort stems from new evidence, uncovered in 2010, indicating that prosecutors may not have been entirely forthcoming in sharing information with the defense during the trial.

The evidence involves a man’s statement that his adoptive brother confessed to the Hartig murders. That adopted brother, Dan Wilson, later killed a woman and was executed in 2009. The new evidence also includes DNA results from a cigarette butt that did not exclude Wilson. Finally, statements surfaced regarding efforts to conceal a missing .25 caliber handgun, the same type of weapon used to kill the Hartigs.

Each piece of evidence may have helped Noling’s defense at trial. In 2011, the trial court held a hearing to assess whether the evidence had been wrongfully withheld from the defense. The prosecution insisted it had an “open case”. The defense countered that if the evidence was there, it would have been used.

The judge at the time ruled that Noling had failed to prove that his attorney had been prevented from uncovering the evidence.

Noling appealed, and in 2014 the appeals court found that the testimony alone was insufficient. He ordered the trial court to conduct “further proceedings”, considering such a step “necessary to fully and fairly resolve the matter”. In short: Look in the file.

That’s the thread Noling and his attorneys picked up in early 2019. They asked Judge Becky Doherty of the Portage County Court of Common Pleas to approve funds for an independent expert reviewer to review the case. . She quickly accepted.

Soon, Noling requested access to the file. The judge denied the request. In October 2019, Noling tried again. When the court said nothing, his lawyers called a status conference. By then we were in April 2021, more than two years since the judge had approved the expert reviewer.

Three months later, the judge denied both motions, access and the status conference.

Why approve a reviewer and then block the work?

That’s the question Noling and his lawyers took to the appeals court. Moreover, why refuse access to a file that the prosecutors say is “open”?

The Portage district attorney’s office argues that Noling simply wants to delay his execution. In fact, Noling pushed for action. He maintained his innocence from the start, took a polygraph test and watched the case against him fall apart. Most tellingly, his co-defendants have long recanted a confession coerced by an unscrupulous prosecution investigator.

Noling wants to reclaim the life and freedom that were taken from him.

The office of the Portage prosecutor, headed by Victor Vigluicci, shows more than contempt for the mandate of the court of appeal. He expressed the same for justice in this case. He does not admit the obvious: people make mistakes, even prosecutors, and Tyrone Noling is the victim of a huge one.

Douglas is a retired editorial page editor of the Beacon Journal. He can be reached at mddouglasmm@gmail.com.

2022-02-13
Previous Post: Fighting for a better justice system
Next Post: “Indianization” of justice to rout the colonial hangover.