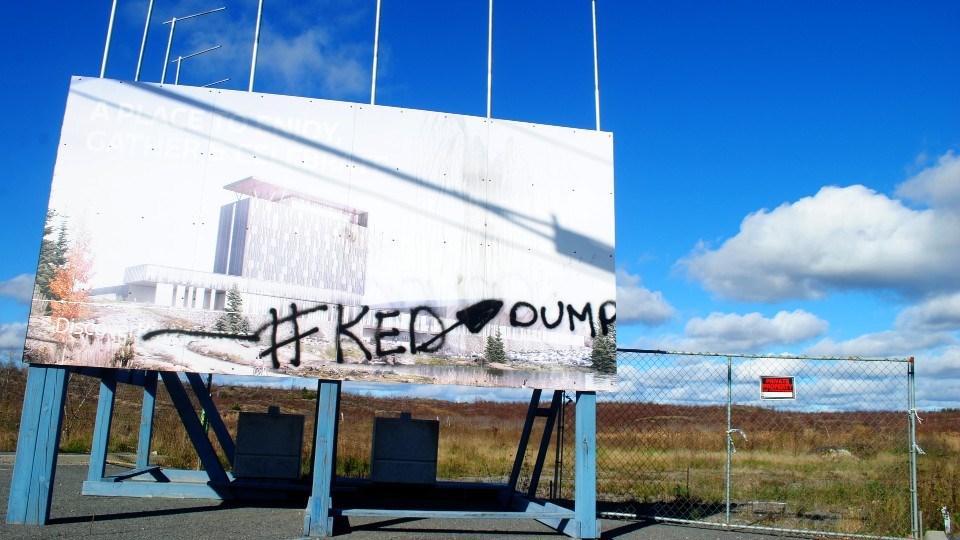 A trio of judges made no decision on Monday, but heard legal representation from the City of Greater Sudbury and the Minnow Lake Restoration Group

Alleging that the City of Greater Sudbury failed to follow due process regarding the Kingsway Entertainment District, the Minnow Lake Restoration Group had their day in court on Monday.

During a nearly four-hour judicial review period, the group, represented by attorney Eric Gillespie, presented their case, and the city, represented by Tom Halinski, defended their actions.

No decision has been made by a trio of judges led by Judge Thomas Lederer and no date has been set for the conclusion of the case.

“What we’re talking about here is whether what happened procedurally was proper and justified or fair or whatever test you want to put to it,” Lederer said during his opening remarks. . Speaking to Gillespie, he added: “If the process was good you lose, if the process was bad you win, it’s as simple as that. … We are not dealing with legality, we are dealing with equity.

The Minnow Lake Restoration Group’s argument is that neither city officials nor the general public had adequate information when council voted to go ahead with KED – a municipal arena project on The Kingsway is also expected to include a private hotel and casino.

“It is very clear, even in the city records, that there were a number of categories of information that were not provided to members of council, and even more categories of that information that were not. have not been provided to the public,” Gillespie said, saying it’s reasonable to ask whether this information would have affected city council’s decisions on the project, including city council’s July 14, 2021 vote to proceed with the project. .

Many of the reports requested by City Council in early 2021, such as those on community plan impacts on energy and emissions, economic impacts, federal and provincial funding opportunities and other matters, have not been reported. not granted in time for the July 14 vote, it seems. Much of this information was requested for inclusion in PricewaterhouseCoopers’ latest report on KED, which was released in June 2021.

At the same time, some of the requested information was provided to City Council on time via an email from the city’s Executive Director of Strategic Initiatives, Communications and Citizen Services, Ian Wood.

“The board had more information than the public. Not 100% of all the answers they asked for, but they had more,” Gillespie said. “The big gap is in what the public had. That was the crux of the matter…in our very respectful submission.

Wood’s email, he said, might have prompted members of the public to come into the boardroom and say, “We’re not going anywhere here, we’re not getting the type information we are waiting for.” The public had the opportunity to comment on the report at a special four-hour meeting on June 16 dedicated to KED, Gillespie said, and they chose not to.

Sudbury.com has contacted the city’s communications department for a copy of Wood’s email, but has not yet received it or confirmed whether he will send it.

“The community is obviously very worried. There are dozens of people here today, it’s been for all that stuff, and the only answer the city seems (has) to all of this is people didn’t come (June 16, 2021) to complain,” Gillespie said. “How could they? They were in the dark. They had not received any new information.

The Minnow Lake Restoration Group’s legal review is the third legal challenge the city has faced regarding KED, Halinski noted.

“The city has been successful throughout this process, and that’s because the consistent fact has been that the decision-making process has been public, it’s been open, it’s been deliberate and fully informed,” he said. declared.

Although there is no record of specific official reports on some of the topics requested by the city council and which the administration said would be provided in early 2021, he said relevant information was included in other reports and correspondence.

Wood’s email to the city council was simple, in accordance with usual city protocol, and mostly indicated that other publicly available reports already contained the requested information, Halinski said.

A majority of City Council members deemed the PricewaterhouseCoopers report adequate at their June 16 meeting, a meeting they capped off with a single resolution stating, “That discussion of the matter of information on the event center is considered complete.”

A majority council vote rejected a motion requesting additional information later that month, voted for the project to proceed on July 14, 2021, and voted on September 28 for land preparation work to begin in late November, which Gateway Casinos ended up delaying putting their financial involvement on hold at the last minute, in part due to concerns over the Minnow Lake Restoration Group’s legal challenge.

“The Board clearly considered whether it still needed any additional information before proceeding and said, in fact, said more than once … that it had not,” Halinski said. . “They had enough information to satisfy themselves and they moved on.”

With “several resolutions” indicating City Council’s continued support for the project, even after the controversial PricewaterhouseCoopers report, he said there was no evidence that the information requested, which he claims elected officials and the general public of the city ​​already possess in various forms, would have changed their orientation in relation to the KED.

“The municipal process doesn’t have to be perfect,” Halinski said. “There is always a possibility of saying, ‘But if only you had looked at this, but if only this additional piece of information had been presented, the decision would have been different. It’s not the norm.

The process must be “public and must be fair,” he said, adding that the Minnow Lake Restoration Group has failed to prove that the city council’s July 16, 2021 vote to proceed with the project differently in the case where the “if only” scenario described had taken place.

With the trio of judges including Lederer, John Krawchenko and Pamela MacEachern reserving their decision, it’s unclear when we’ll find out. Halinski and Gillespie also failed to agree on how legal fees would be handled, so that will also have to be settled.

The goal of the Minnow Lake Restoration Group is to rescind City Council’s July 14, 2021 motion to proceed with KED.