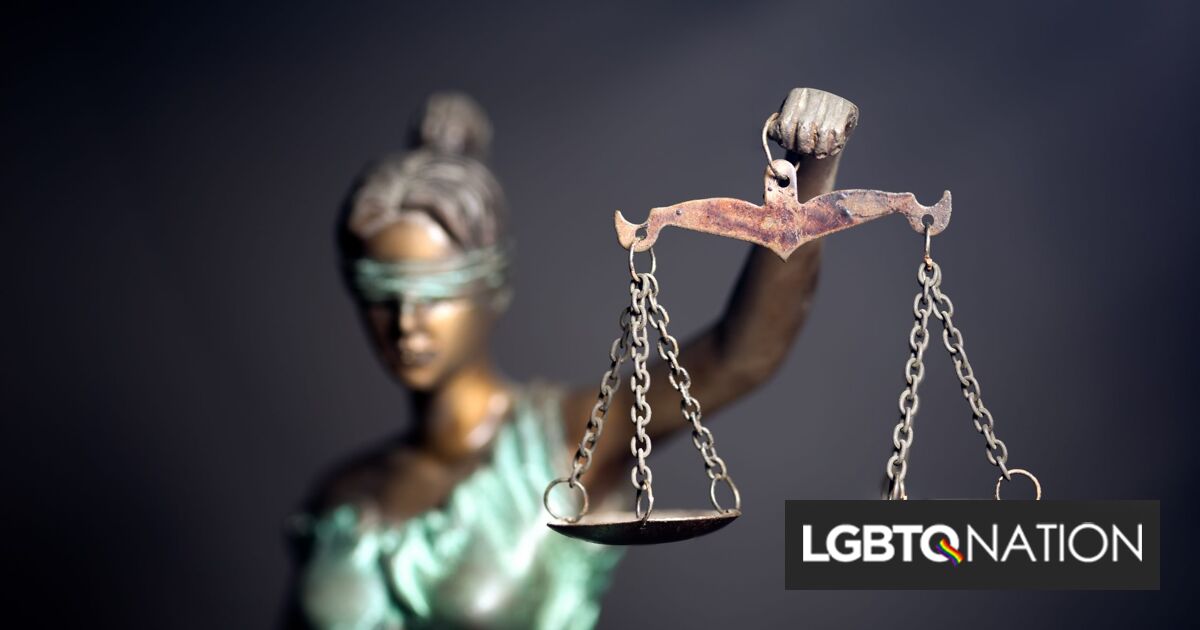 Are LGBTQ people protected and served by the criminal justice system? /LGBTQ Nation

More than half a century ago, the modern movement for LGBTQ equality was born as a protest and fight against police violence following illegal NYPD raids on the Stonewall Inn, a gay club in Greenwich Village. At New York. As a community, we have made significant progress over the ensuing years in our fight for equality before the law and for our own liberation, but there is still much work to be done.

Even today, LGBTQ people and people living with HIV in the United States face unlawful discrimination and abuse – in many cases from government institutions that are supposed to serve them and the interests of all of our society.

At the heart of Pride Month, we can honor members of the LGBTQ community who have come before us as we continue our fight for legal justice. We did this before raising awareness of transgender abuse and neglect in prisons and why Ketanji Brown Jackson’s work history matters to LGBTQ people, and we’re continuing today with an investigation, “Protected & Served?”, about government misconduct in the criminal justice system against LGBTQ people and people living with HIV that will serve as a powerful tool to advocate for change.

The criminal law and justice system have historically oppressed the LGBTQ community. Prior to 2003, when Lambda Legal won a historic victory in the Lawrence vs. Texas Supreme Court ruling, members of the LGBTQ community have been arrested due to a moral disapproval of who we are, our sexuality and our relationships. Now, nearly two decades later, an avalanche of recent laws deprives LGBTQ people of their right to access basic health care, and HIV and sex work continue to be criminalized.

If the leaked print from the Dobbs v. Jackson Women’s Health Organization decision is true, there would be a direct impact on LGBTQ people who depend on reproductive health care and inclusive health care providers. And whether the Court will extend its drive to overturn the precedent of the ruling that codified same-sex marriage also remains a fear for the community. The first Pride was a struggle against state violence and that is the legacy we as a movement must uphold today. “Protected and served? is a tool for our communities to help us fight back.

As a lawyer who litigates on behalf of these groups, I have witnessed this discrimination, prejudice and injustice.

Following the murders of George Floyd in Minneapolis, Breonna Taylor in Louisville, and Tony McDade in Tallahassee, the three people of color and one, Tony McDade, a transgender man in 2020, Lambda Legal, despite our concerns about the Commission, submitted written testimony to the President’s Commission on Law Enforcement and the Administration of Justice highlighting the disproportionate levels of violence and abuse that LGBTQ people, particularly LGBTQ people of color, experience in the criminal justice system American.

With a game stacked against them, LGBTQ adults and youth are incarcerated at a disproportionate rate compared to non-LGBTQ people. In fact, young LGBTQ people alone represent 20% of people in the juvenile justice system. We know full well that LGBTQ people experience some of the worst discrimination and prejudice that exists within the criminal justice system.

With anti-LGBTQ discrimination on the rise in cities and towns across our country, it is more important than ever to build on the work of this latest survey and grasp the state of discrimination in our criminal justice system by 2022.

Last month, Lambda Legal, in conjunction with Black & Pink National, launched a new “Protected & Served? » community survey, which will provide greater insight into discrimination and bias against LGBTQ people and people living with HIV in the criminal justice system. This updated report will build on the first by expanding the survey to include questions about the experiences of the most marginalized populations and will ask about interactions with the U.S. immigration system as well as the experiences of women workers in the sex.

To ensure that LGBTQ people and all people living with HIV are truly “protected and served” by government institutions that are sworn to do so, we need to better understand these experiences. The “Protected and Served? survey seeks to shed light on what many do not see, or even worse, ignore. With the data we collect, Lambda Legal, Black & Pink, and everyone who advocates for the rights of our communities in the criminal justice system will have a powerful tool to make the changes that are needed and long overdue.

Richard Saenz is senior counsel and criminal justice and police misconduct strategist at Lambda Legal. He focuses his work on the criminal justice system, coordinating litigation and policy advocacy on behalf of incarcerated people. He is the project manager for Protected & Served? The “Protected and Served? » anonymous and confidential, will remain open until July 8, 2022.