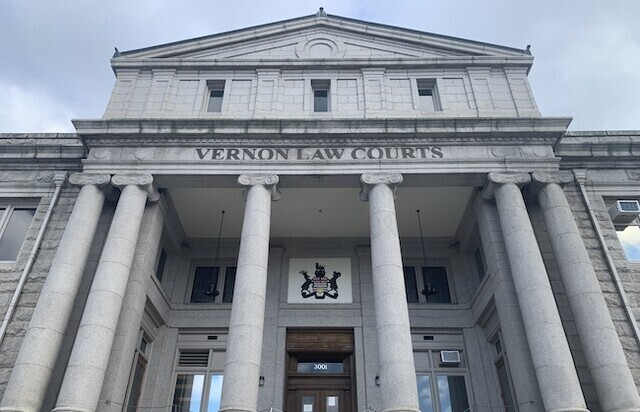 A North Okanagan man charged with murder in a shooting in Spallumcheen last year has had his appeal for a separate conviction dismissed.

In a July 11 judgment by a three-judge panel of the British Columbia Court of Appeal, judges ruled that Jevon Smith “did not pursue his appeals diligently and that it is unlikely that ‘he does in the future’ rejecting his latest appeal.

In May 2021, Smith was convicted of assault with a weapon and use of a firearm while committing this offence.

It was discovered that Smith had accosted his landlord brandishing a fake handgun at him.

Smith represented himself at trial and on June 10, 2021, was sentenced to a total of 17 months on both counts. He was credited 417 days for time served in pretrial detention, leaving a 98-day sentence.

Smith, however, remains in custody awaiting trial for murder.

Last July, he filed a notice of appeal against conviction and sentence.

Legal Aid BC refused to fund his appeals.

Smith alleged “that there was bias on the part of those involved in the justice system and that the judge, the defense attorney and the Crown attorney acted together in a way that made him a scapegoat “.

He planned to stand again on appeal, citing corruption in the justice system.

Smith did not file any transcripts, but submitted a lengthy statement in February, including his unsworn version of events regarding the offenses and expanded his grounds for appeal.

These include the fact that the trial judge “misinterpreted certain evidence, that the police investigation was flawed, that he was deprived of the opportunity to make full answer and defence, and that the trial constituted an abuse of process. Among other things, the appellant seeks an order ‘quashing’ his conviction and sentence and awarding him substantial financial compensation for the losses which he claims are attributable to his wrongful conviction and incarceration. »

Smith then delayed the proceedings by deciding to seek an attorney, but did not name that attorney, pushing the case back to May. However, in May the attorney said he would not be able to act on Smith’s behalf.

“The (then) appellant launched into a protracted and profanity tirade” and failed to follow the instructions of the case management judge.

After the Crown moved to dismiss the appeal, Smith made further disparaging remarks and attributed his use of profane language and obscene gestures in court to post-traumatic stress disorder.

“Unfortunately, the appellant’s intransigent refusal to accept the assistance offered to him led to the termination of his appeals,” the judges acknowledged.

Samoleski’s body was found on the 4500 block of Back Enderby Road on September 20.