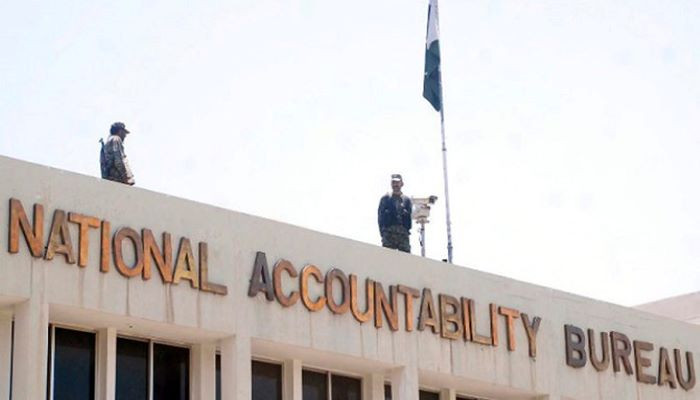 A case study of NAB messing with the criminal justice system

ISLAMABAD: The National Accountability Bureau’s questionable handling of Asif Ali Zardari’s corruption cases is a perfect case study of how the Bureau and the accountability system have played with the criminal justice system.

In its request, the anti-corruption body had taken the position that only photocopies of documents in the references against Zardari were on file, noting that further prosecution would be an exercise in futility. It was added that the documentary evidence available was not in accordance with the law; therefore, to meet the demands of justice, the appeals against the PPP Co-Chair’s acquittal in the NAB remands should be allowed to be withdrawn.

Asif Ali Zardari was acquitted by the court of responsibility in the cases of ARY Gold, SGS, Cotenca, Ursus Tractors and Polo Ground during the tenure of Nawaz Sharif mainly on the grounds that the genuine copies of the documentary evidence of corruption against the former president were missing.

Although the NAB has appealed against the courts’ acquittal of liability, no investigation has been carried out into how the documentary evidence disappeared. No liability was attached and no head rolled for missing the record, which had become the primary reason for Zardari’s acquittal.

Interestingly, some of the NAB officials were of the opinion that the actual file had disappeared from the court, but the matter was neither considered at the level of the Bureau nor the court concerned, or the High Court was asked to investigate. the case.

During the tenure of the PPP and when Zardari was President of Pakistan, NAB through its friendly prosecution acquitted all of Zardari’s co-defendants in the SGS, Cotecna and ARY Gold cases.

In 2011, The News uncovered a unique scandal that involved the copying of judgments by two different tort courts in the references SGS, Cotecna and ARY Gold. However, this case was also ignored and no one was punished for the scandal. This issue relates not only to the alleged gross misconduct of the accountability court judges involved, but also to the finality of cases decided in favor of questionably influential defendants.

What is truly surprising is that although it has been established by an investigation by the Lahore High Court (LHC) that a serious wrong has been committed: (i) the responsible judges concerned have been allowed to retire with full pension benefits; (ii) corruption cases that have been the subject of a controversial decision have never been retried; (iii) no investigation was ever ordered against the NAB and its officers who had managed and facilitated the outrageous decisions.

Following a suo motu opinion of The News report by the SC, the LHC investigation had established the wrongs in the judgment of the liability court. Rendered by a tort tribunal in Rawalpindi in 2011, the Cotecna judgment was almost a replica of the order in the SGS case rendered by another tort tribunal in Rawalpindi. Not only did the two judgments conclude the same way, but they surprisingly contained countless similar words, phrases and even paragraphs. In the academic world, this would be considered a perfect case of plagiarism.

Their retirement conveniently helped the judges avoid possible punishment. More importantly, the controversial judgments in these cases have never been overturned. NAB had also avoided appealing those judgments.

The judgment in the SGS case was issued on July 30, 2011, while the order in the Cotecna case was issued on September 16, 2011. The similarities between the two judgments were startling and incredible despite the fact that the two references remained separate from the start. .

The judgments of the ARY Gold reference and the SGS reference had revealed strange anomalies. Most notable of these was the acceptance of the former finance secretary and then executive director as a prosecution witness in the SGS case, when the same individual was declared by the same court in dismissal ARY Gold as a proclaimed offender. Interestingly, some of these corruption cases were also filed by the Pakistani government in Swiss courts.