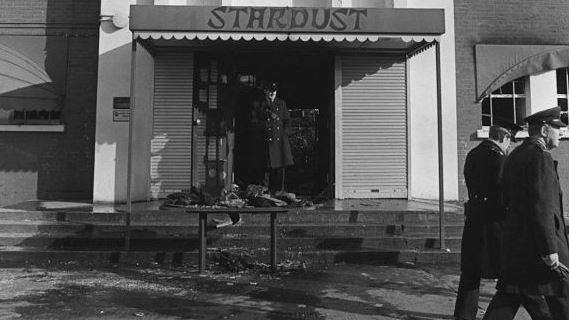 A senior High Court judge has said he wants a legal action brought by former Stardust manager Eamon Butterly to prevent a new inquiry into the disaster from making him a target for a unlawful killing verdict heard as soon as possible.

Mr Butterly claims the new hearing could wrongly make him a target for an unlawful killing verdict.

There have been several inquests over the years, including inquests in 1982 which recorded deaths according to medical evidence.

Following a long campaign by the families of those who died in the fire, in 2019 the government ordered further inquiries due to “insufficient investigation into how the deaths occurred, namely, a failure to take sufficient account of those surrounding circumstances which relate to the cause or causes of the fire”.

On Monday, Judge Charles Meenan, who chairs the High Court Judicial Review List, said he was prepared to grant Mr Butterly leave to present his challenge.

They had argued that such a challenge to a possible conclusion of the investigation was “premature”.

His decision to launch such proceedings at “a very late stage” just weeks before the likely start of the new investigation was also “bordering on the unthinkable”, Sean Guerin SC for Families said.

Taking note of the families’ objections, the judge said that if he did not rule at this stage on the merits of Mr. Butterly’s recusal, he was prepared to grant the petitioner leave to sue.

The judge said he was satisfied that Mr. Butterly had raised grounds in his action that are arguable and that the legal threshold allowing his claim to go to court had been crossed.

The judge said he was aware that “time is running out” and that the pain and pain suffered by the families of those who lost limbs in the tragic events of February 1981 “has not abated” over the course of these years.

The judge said it was in the interests of all parties that the judicial review proceeding be heard as soon as possible.

Granting permission at this stage of the process, he added, would speed up the process.

The judge said all legal documents in the case should be exchanged between the parties in the coming weeks and adjourned the case for mention at a date in late March.

The families of the 47 deceased represented before the Stardust inquest, the Garda Commissioner, Dublin City Council and Patricia Kennedy, mother of Marie Kennedy, are noted as parties to the case.

Mr. Butterly is seeking an order prohibiting the coroner from conducting the inquests in a manner that involves an inquest or review of a possible unlawful killing verdict.

He also seeks an order quashing the coroner’s decision to refuse to overturn a verdict of unlawful killing.

He is asking for statements, including a verdict of unlawful murder which cannot legally be entered under coroner’s laws.

Mr Butterly, represented by Paul O’Higgins SC, claims the coroner refused to rule out the possibility that a jury could return a verdict of unlawful killing despite submissions he made to him opposing it.

The coroner was assigned to hold the new inquests and she conducted pre-inquest hearings at which the question of whether a jury could return a verdict of unlawful killing became an issue.

She refused to rule out the issue of an unlawful killing verdict, it is claimed.

Lawyers for Mr Butterly said the ‘proposed targets of the unlawful killing allegation’ put forward by lawyers for the families of the deceased consisted of four named individuals and a company.

Mr Butterly appeared to be the “only living natural person” among these, the court heard.

This meant he would be “clearly named for murder by implication should she and others in this group be found guilty of unlawful killing during these investigations”, it was also argued.