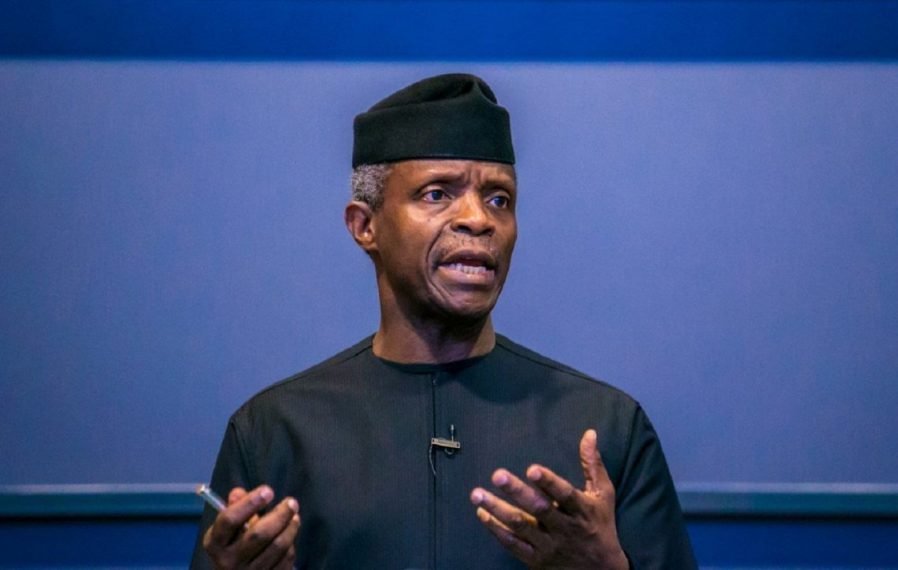 Nigeria’s judiciary belongs to the people, not the legal profession, says Osinbajo –

As guardians of justice and fairness in society, the role of the Nigerian Bar goes beyond the development of an effective and efficient justice sector, it must also be at the forefront of defending reforms and deepening the discourse that will continually maintain its excellence and prestige, and the rule of law, according to Vice President Yemi Osinbajo, SAN.

Prof. Osinbajo said so on Saturday night at the Body of Senior Advocates of Nigeria (BOSAN) Annual Dinner and Scholarship held at the Lagos Continental Hotel.

“We are paid operators of a service our constitution created to resolve their disputes and deliver justice. We are guardians, not owners. When this public resource is not working effectively due to delays or is discredited by corruption, we as operators have a moral, legal and civic obligation to fix it.

“Every one of us sitting here today knows that there are many problems with our justice system today, history invites us to address them.”

Speaking further about the need for the legal profession to continually elevate its prominence and prestige, the Vice President noted that “some of the reputational damage that our profession and our justice system have suffered in recent times are those that would have could have been avoided with rigorous and rigorous measures”. sustained introspection on our part.

The Vice President observed that one of the ways to improve the standard of legal practice in the country was to improve the quality of legal education, including adopting a hybrid approach, in order to prepare the next generation of legal minds for the future.

For example, Professor Osinbajo noted that “there is no country with the number of law graduates that we have each year that offers in-person lectures and accommodation for those taking the bar exams.”

He continues: “in general, professional examinations do not provide residential training. That’s why I think the suggestion by some that we remove residential training and allow law graduates to register online for bar exams, receive online resources for training, mock trials, court appearances, how to make demands in court, can be set up video and it will even allow the student to play it again and again for mastery.

While noting the efforts of the Nigerian Bar Association to “conscientiously champion and support the continuing legal education of legal practitioners”, Prof. Osinbajo felt that more needed to be done, especially using the platform BOSAN.

“When it comes to legal education, BOSAN is in a better position in terms of knowing what is required in legal education,” the vice president said, adding that “we, in our various ways, have developed Programs through which we provide community service be in the form of pro bono legal service to indigent litigants or undertaking projects to benefit our surrounding communities.

The Vice President further stated that “a partnership between BOSAN, the Legal Education Council and selected law schools on a pilot basis for the provision of additional educational support will not only be helpful to students at these universities , but also to some of them law professors who may need mentoring.

He recalled how the Honorable Justice Amina Augie, JSC, CON, while serving on the Sokoto State Judiciary, volunteered to serve as an Associate Lecturer at Usmanu Danfodiyo University, Sokoto.

“Imagine the enthusiasm and enthusiasm of the students, and especially the expertise and experience that teaching by our corps members will bring to the classrooms. Only a few of our undergraduates benefit from the tutelage of those of us who are traditionally part of academia,” noted the Vice President.

Professor Osinbajo also urged BOSAN to ensure continued discipline among its members, noting that “the strength of character and integrity of our body could, to a great extent, be called into question by the transgressions of the few.

“We as an organization are better placed to ensure internally that our members adhere to the highest standards of probity. I believe it is time to commit to challenging those whose actions degrade the rank of senior counsel and ensuring that they are brought before the appropriate disciplinary body,” he added.

The Vice President also commended the leadership of BOSAN for supporting this initiative and establishing the scholarship program to reward excellence among law school students.

He congratulated the newly preferred Senior Advocates on achieving the prestigious rank, including Professor (Head) Ajagbe Toriola Oyewo, whom the Vice President commended for his resilience and persistent determination in the pursuit of excellence that he had the silk clothed at the age of 91.

“The nonagenarian’s story of hard work and perseverance is one that would be told for generations to come. And so it should be. The incredible power of hope and the infallible laws of sowing and reaping have been once again so decisively proven,” the vice president said.