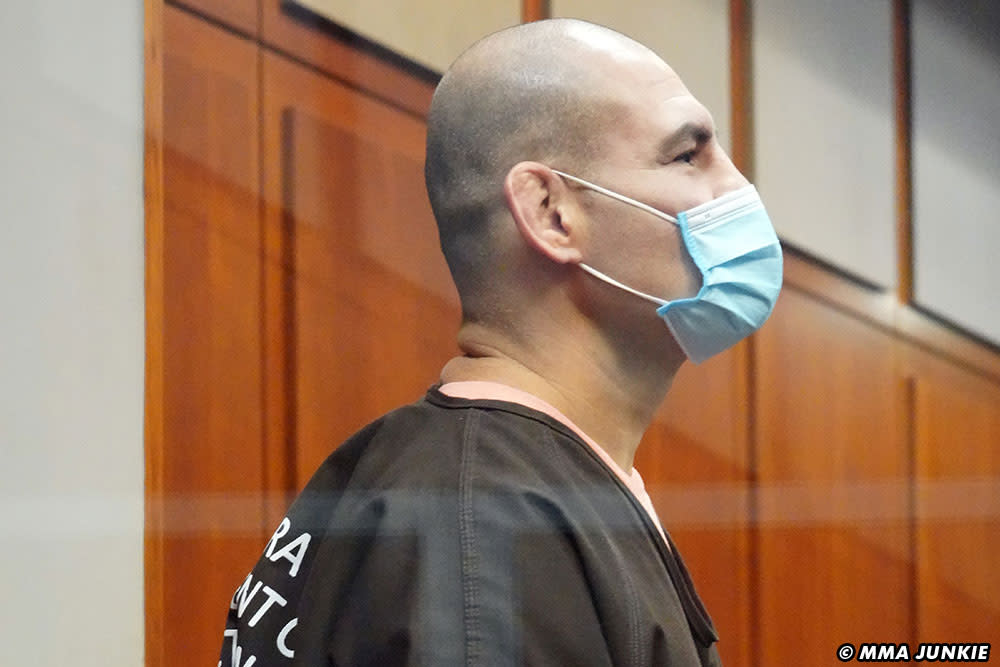 Justice system failed Cain Velasquez, ‘breaks my heart to see him have to go through this’

SAN JOSE, Calif. — Josh Thomson has been supporting his good friend Cain Velasquez since his arrest on suspicion of attempted murder.

Velasquez was arrested on February 28 after allegedly shooting a man while targeting another man, Harry Goularte, 43, accused of assaulting an underage family member.

Velasquez has been imprisoned since February 28. Goularte, on the other hand, was released on bail shortly after his arrest.

“It breaks my heart to see him have to go through this,” Thomson told MMA Junkie. “I think justice has let his son down in this situation. They let him down as a law-abiding citizen, then he came out and took matters into his own hands. It’s really sad, but I hope something happens so we can start to address this nationally, not just locally.

“We can’t let pedophiles, sex offenders out without bail, especially in a daycare where this guy lives. And so it’s sad. He really is, but all you can do is support him and be there for him, his wife, kids and family, wish them the best and be there if they call. That’s all we can do.

Cain Velasquez’s teammate Kyle Crutchmer: Case ‘shows you how backward a lot of this legal shit is’

If convicted of attempted murder, Velasquez faces a minimum of 20 years and up to life in prison. He faces additional time if convicted on other charges. On Tuesday, Velasquez was granted an extension at the request of attorney Mark Geragos, who said he plans to file a motion for Velasquez’s release before his next hearing scheduled for May 6.

Thomson was among dozens of people in attendance to show his support for Velasquez.

“I hope the laws change,” Thomson said. “I hope they stop letting sex offenders out. I hope they will stop allowing them to be released without bail. I hope the state will do something to take that into consideration and start changing that. Ultimately, he’s going to try to get some kind of – there’s probably going to be some kind of plea, they’re probably trying to get him to plead because there’s got to be some kind of repercussion for what he’s done. But if it goes to court, the result could not go in his favor either.

“So there’s a lot to discuss, and he’s in a very bad position when it comes to making sure his family can continue to be taken care of and what is he going to do. Will Will he see his children grow up? Do you go to court? Do you plead and hopefully get out sooner? I don’t know. I don’t know what the answer is. I don’t think not that anyone does.

Goularte did not attend his plea hearing last Wednesday at the South Morgan Hill County Courthouse (California) and joined the hearing virtually. He faces a charge of lewd acts with a minor child. The prosecution and defense have asked Judge Le Jacqueline Duong to pursue the case. The judge approved the request and set Goularte’s plea hearing for June 6.

2022-04-18
Previous Post: A complex solution for a crack in the judicial system
Next Post: Pima County court system frees felons with violent pasts